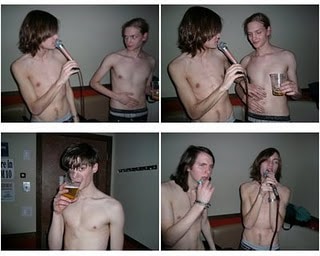 And he is not alone. National surveys in the U.S. and Canada show that 3 to 4 percent of male teenagers, when given the choice to select a term that best describes their sexual feelings, desires, and behaviors, opt not for heterosexual, bisexual, or gay, but for “mostly” or “predominantly” heterosexual.

An even higher percentage of post-high-school young-adult men in the U.S. and in a handful of other countries (including New Zealand and Norway) make the same choice. There are now more young men who feel they are “mostly straight” than who say they are bisexual or gay.

To the uninitiated, “mostly straight” is a paradox. These young men fracture the heterosexual agenda—or do we call it a lifestyle? If a guy is not exclusively into girls, he can’t be totally straight. Aren’t you supposed to pick a side?

If a guy is not straight, not bisexual, and not gay—and yet still falls in love and gets an erection—what the hell is he?

It’s a common misconception that the “mostly straight” phenomenon is nothing more than an adolescent foray into sexual experimentation, possibly due to excessive hormones and sexual confusion.

Sizable numbers of young men maintain their “mostly straight” status—not just as adolescents or college students, but as adults. Of the 160 guys we interviewed for a study in 2008 and 2009, nearly one in eight reported same-sex attractions, fantasies, and crushes. The majority had these feelings since high school; a few others developed them more recently. And in a national sample of young men whose average age was 22, the “mostly straight” proportion increased when they completed the same survey six years later.

These men aren’t bisexuals in disguise. They’re not closeted gay men seeking the privileges afforded to heterosexuals in society. They’re not simply tired of sex with women. With the words “mostly straight,” they’re describing a unique sexual identity, their complete romantic self.

Among the “mostly straights” we surveyed, a few subtypes stood out.