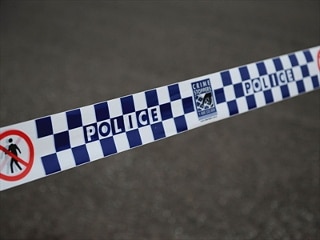 What happens when one 17 year old Melbourne schoolboy gets bashed before later dying of his wounds?

Have you dropped by the McDonald’s at Pakenham, Melbourne– Australia lately? If you have, we advise you to carefully avoid the strewn blood stains of recently deceased Melbourne school boy Cameron Lowe.

news.com.au: Cameron was walking home from McDonald’s in Pakenham after a few drinks on Saturday night with his older brother and friends when he was caught up in a verbal conflict with a group of 10 to 20 youths.

Police allege one youth punched Cameron to the ground, causing him to smash his head on the road.

Which reminds us boys will be boys, even if some of those boys will always go the extra distance…

An hour after the attack Cameron wrote on his Facebook page, asking friends for a hug with the message: im sore :’( – 10 minutes later he posted again: “Dunno what happened but my jaw hurts … all I wanna do is cry.” Wtf I must be drunk,” he wrote at 2.01am. “All I know is my head hurts.”

When Cameron failed to wake on Sunday, his older brother phoned paramedics and performed CPR until they arrived.

By then Cameron’s heart had stopped beating and his brain had swollen.

Fascinating isn’t it to watch someone die there in front of you? Especially while they are unwittingly writing their very last words…

“If only someone had read your status earlier Cam,” a friend later posted on his Facebook page.

Next time you walk by the Pakenham McDonald’s make sure to do yourself a favor and later go home and read Cameron’s last words. If only of course you had read them while he was still was still alive…