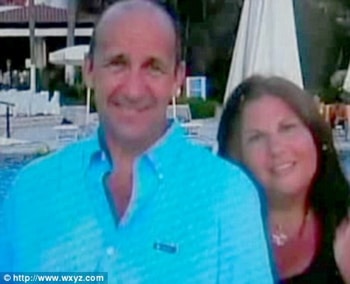 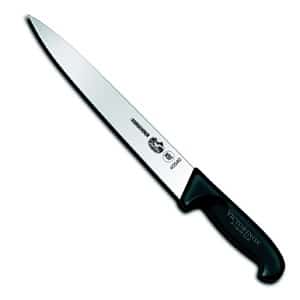 Do you disapprove of your child’s new significant other?

Have you ever found yourself in a situation where your parents strongly disapprove of your new boyfriend or girlfriend and they give you an ultimatum to get rid of them or else? Well Tia Marie-Mitchell Skinner strangely enough happened to find herself in that very situation. Except instead of abiding by her parents wishes she decided on an all together different series of course of actions. Actions which have led her to now facing first degree charges of murder against her parents with her boyfriend Jonathan Kurtz. Look for a carving knife and follow us…

DailyMail.Co.UK: A 17-year-old girl was charged with murder today after allegedly orchestrating a horrific knife attack on her sleeping parents because they disapproved of her relationship with a boy.

Tia Marie-Mitchell Skinner and the alleged boyfriend, 18-year-old Jonathan Kurtz, were arrested after the nightmare assault that left her father dead and her mother stabbed more than 20 times.

Which has us wondering didn’t anyone try to find a happy medium? Or was this just a retaliation for a series of real or perceived grievances?

Police said two intruders in Halloween masks climbed through a window of the family’s home in Yale, Michigan, last Thursday night and started stabbing Paul and Mara Skinner as they lay asleep in their bed.

Mr Skinner, 47, tried to fight off the attackers and managed to drive them out of the house. But then he collapsed from his injuries and never regained consciousness.

Despite losing a lot of blood, his 44-year-old wife, a junior high school teacher, was expected to recover.

Posits Michigan State Police Detective Sergeant Pat Young: ‘We’re all thinking the same thing: How does this happen?’ he said. ‘As brutal as this crime is, it appears to be such a simple excuse.’

He added: ‘This was not a spur-of-the-moment random act. This was a planned event which involved several days.’

A planned event that possibly took years of denial, aggravation, humiliation and contempt, before in the end it was all too much to deal with? 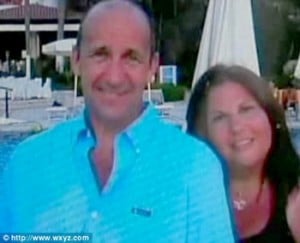