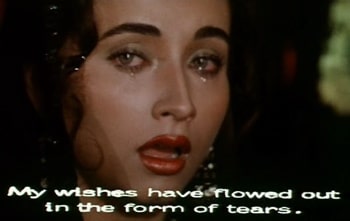 This week one Qatari Skyper and his wife discovered that, at least in Qatar, divorce is no laughing matter — even on the internet. The man in question had apparently ‘jokingly’ typed ‘talak, talak, talak,’ (I divorce thee x 3) to his wife on Skype chat. The mere stating talaq is religiously binding in some sects of Islam, there hadn’t been a strong precedent for doing it while typing, or on Skype for that matter.

Hoping for ‘a way out,’ the man made the mistake of announcing his decision to clerics who, fittingly, issued an ‘online fatwa’ stating that to be reunited the woman would have to remarry, consummate the marriage, figure out a way to way to get the new guy to divorce her, and then marry her original husband again. Of course, as per custom, she’d have to wait three months between each marriage. (Good thing he didn’t jokingly accuse her of adultery and call for a stoning.) This despite the man’s appeal stating that he and his wife ‘love each other very much.’

UK TElegraph:  “Allah and his Prophet has said the worst thing a couple does is to seek divorce. This is a hated act but the provision for Talaq in Islam is for unavoidable circumstances not for teasing or jokes,” said Maulana Arshid Madani, President of Jamiat-Ulama-i-Hind, one of the largest Muslim organisations in India.

The oddity here must certainly be that had not the Skyper reported his actions no one would have known but he, his wife, and presumably God. But by admitting to the clerics he brought the Islamic law and the Quatari state into it, making divorce legally necessary.

But why admit to something that would otherwise have almost certainly been overlooked as a joke, and, most likely, never discovered?

Is it not, at least in part, because they had most likely feared their actions would be found out by the government, those who are able to track all of our online actions? Is this not an example of how control currently functions: as self-control, exacerbated by a paranoia that someone tangible out there is really godlike, omniscient. And is not this someone one’s preferred paranoid choice of material ‘they’ be it man, Bilderburg banker, corporation or government?