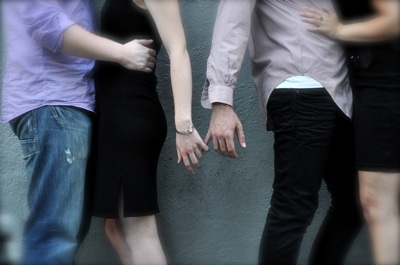 Closer is a show for adults. Alice plies her profession onstage, and the language is frequently vulgar. It serves as a fitting diversion to the play’s true obscenity: what these people do to each other.

This is the premiere play of Silent Street Productions, founded by director Christopher Cohen and producer Isaac Dayley. Using a modest budget, they effectively transform an empty ¾ thrust stage into the relationship warzone that is Closer.

“I’ve never felt closer to a play in my life,” says Cohen.  “It’s like someone took my life and broke it up into four characters.” A startling revelation, given what the characters do to each other.

Cohen & Dayley founded Silent Street deliberately to produce Closer, and are looking forward to their next joint venture.  So am I, folks. And so should you. 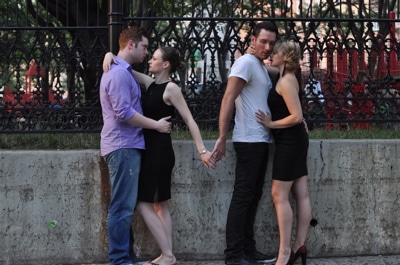