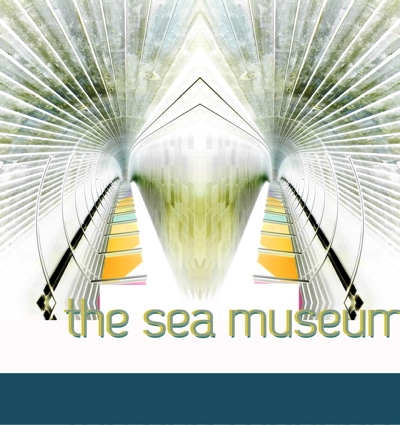 This fall, BlueMouth, Wooster Group, PS122 and the French Institute want to expand your reach as a human being. Can you really afford to say no?

On the invite, a warning looms: Audience members are asked to wear sneakers or boots (no high heeled shoes – what?), and to bring a flashlight and a sweater. The public will climb down a manhole and walk on uneven ground. Please make sure you are capable of such activity.

This unusual piece of site-specific theater is brought to our avid senses by a tri-part collaboration. Artists from the BlueMouth Company and the Wooster Group join hands under the canopy of PS122 in The French Institute Festival Crossing the Line.

Crossing the Line is the Alliance Francaise fall festival. Initiated, conceived, and produced by FIAF in partnership with leading New York cultural institutions, the fourth annual edition has once again reinvented forms and re-imagined the future, offering New York City an incubator for innovative thinking, socially and politically engaged discourse, and collaborations that, for eighteen intensive days, have focused on the artist’s role as a critically important thinker and catalyst for social change.

Duly tickled by the prospect of such lofty notions, here you find yourself in the middle of the busy Brooklyn street on a Sunday afternoon, a hole, a ladder, a small obstacle course of pipes and planks when you touch the first ground and soon more steps plunging into more darkness.

Inside, underneath, deep into the ground, in the dark hollow of a 19th century tunnel, in the moist underfolds of a post-apocalyptic civilization, a handful of surviving humans ponder the few existential notions they have left – before their pluri-dimensional flames get snuffed out for good. In the meantime, the Sea Museum awaits. “You won’t say no to a bite of the house Octopus? We’ve been saving it for a special occasion.” 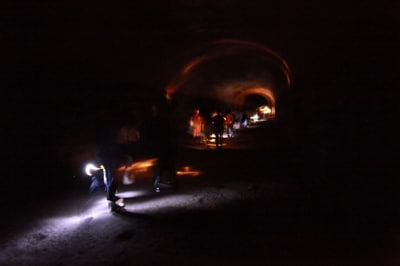