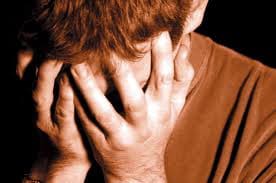 The media has been somewhat split, if a bit atypically, after news that San Bruno lockup, San Francisco’s roughest sex retreat prison, has installed new condom dispensing machines to ensure that everything is on the up and up when it comes time to rape your bunkmate little prison action.

The San Franciso Chronicle: The condom dispensers are the latest evolution in a safe-sex program that began in 1989, when health workers began distributing condoms to inmates as part of their counseling before they were released.

And although sex among inmates technically is illegal, the Sheriff’s Department went ahead and installed the 16 machines anyway – one for each jailhouse pod – paid for by a pair of small grants from UCSF and a Southern California nonprofit.

Yet no one’s seemed to wonder if this is all more than just a little disingenuous. Is Nasty Nate really going to bother rolling his prison issue condom on his pecker while he’s holding down the latest fish to drop his soap in the shower? Why not just provide some incense and some candles? It would be just about as practical.

The gesture is, at best, aimed at sidestepping the greater issue of preventing rape in prison outright, not just of women, but also of men.

Why come down hard on male rape, a bit of a difficult subject — at least in most kitchen hallways — when putting in machines is seemingly an easier solution, and one that’s more hands off for everyone? No touching, no feeling, no talking, no tear stained tissues, isn’t it better this way? Besides who can really be bothered with trying to identify with such prison scum…

“The sex already takes place, says Kate Monico Klein, who is directing the program for the city’s Public Health Department. “If (providing condoms) saves one or two lives, it’s worth it,” she said.

And while certainly a solution for some portion of the prison population, what about those who don’t willingly wish to share (hence the word rape) in some steamy shower sex so willingly?

Is it not, after all, far more likely that any prisoner set on spreading AIDs is doing it without the consent of his victim partner… And why are we so eager to see this as either a solution or a problem without looking at the bigger one?