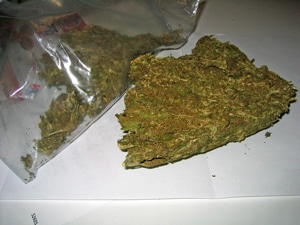 Getting high is starting to happen to younger and younger people by the day.

Have you ever heard of a 3 year old getting high? Neither have we, but that doesn’t mean it’s not happening or at least getting their hands on the good shit.

News4jax.comThe Columbia County Sheriff’s Office said a 3-year-old who took marijuana to a Lake City school on Monday will not be charged, but deputies and child welfare officials are looking into where the boy got the pot.

What makes this report is that both 3 year olds knew what the good shit was without anyone having to point it out to them. Which begs the question, since when do 3 year olds have a handle on what’s gonna get you cruising?

School officials found two small baggies containing less than 20 grams of marijuana on the child, who told authorities it came from his father.

The report said the child was suspended for the rest of the day and released to his mother, who denied knowing where the marijuana came from. A Sheriff’s Office spokesman said the mother allowed the Sheriff’s Office to search her home and no illegal drugs were found.

Where did the shit come from? Apparently from that special place all 3 year old boys are starting to hear through the grapevine…