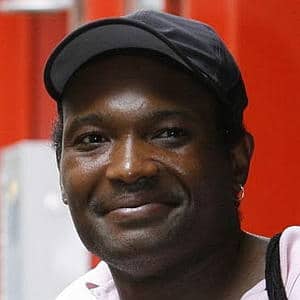 Can you believe that this bum is not a thief or a drug addict?

Ever since Jay Valentine borrowed and returned a young executive’s American Express card off the street he’s been hailed a hero of sorts. Which is interesting, because if I or you used a stranger’s credit card the press would never go out of their way to write about it. But the minute you turn out to be a bum then the world wants to get on their knees and applaud you for your moral fortitude, with the implicit message that all bums are crooks and drug addicts. Except for Jay Valentine of course…

NY Post:The homeless man who borrowed a Manhattan ad exec’s American Express Platinum credit card and returned it to her a short time later has been flooded with people wanting to reward his act of honesty.

Jay Valentine yesterday received numerous offers of cash, and even got a job offer from an airline.

A rep for Air Wisconsin, a regional airline operating out of La Guardia, said it “would love for him to apply” — to be a flight attendant.

Which had us wondering about all the other homeless people out there. You know them getting job offers and cash grants. But hey we almost forgot, they’re all thieves and drug addicts and that wouldn’t go down too well at the office (never mind that they’re probably on a very interesting drug molotov themselves and planning the next corporate heist).

A Texas man, meanwhile, offered to give Valentine $5,000 cash.

“He’s truly honest, which is a rare commodity,” said the benefactor, who chose to remain anonymous.

He used the credit card for necessities, not drugs or alcohol. He needs assistance, and we all have an obligation to help those in need.”

Valentine could have stolen the card and gone on a shopping spree. But the homeless man’s honesty moved many. The Post yesterday got some 100 e-mails with offers of rewards.

Some way you’ve still got to wonder if people would still continue to think Valentine was a vagrant or a criminal if he doesn’t end up finding a job real soon. Thankfully people’s conscious could never rest with this and Valentine is about to be rescued (for now). Which begs the question, what are we to do with all the other bums who are clearly druggies and vagrants. If only we could work out which one of them were real druggies…