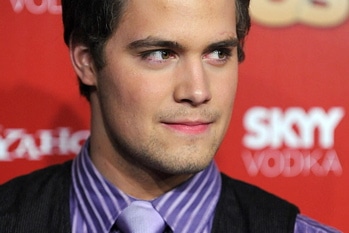 Bristol Palin’s Baby Daddy isn’t done yet. In fact, he’s just making the next logical step on his road to media whoredom. What do you do when you have been in Playgirl, on multiple national tabloid magazine covers, music videos, and on the D-list with Kathy Griffin?  You move into the spotlight and star in your own reality show. Come on, we all knew this was coming… Levi Johnston is a star.

His reality show, “Loving Levi: The Road to the Mayor’s Office,” has already been shooting the show’s pilot and are pitching it to networks. Originally when Scott Stone, of Stone and Co. pitched the idea to him, Levi wasn’t interested.  But after careful consideration, he obliged.

Gawker: Variety points out that Johnston’s got a shot, given that only around 700 people in Wasilla vote, and, well, they elected Sarah Palin, didn’t they? And, according to Johnston’s manager Tank Jones, if elected, Levi would, like his arch-nemesis and possible-future-mother-in-law, run for Governor of Alaska. And then: The moon! Or a vice-presidential candidacy. Or more reality shows! Or all three!

But, sorry, folks, don’t get your panties in a bunch just yet. It may be a little while before we see our favorite degenerate making his political debut. The mayoral race in Wasilla isn’t until 2011, and Levi has yet to file his paper work, although the deadline was July 30th, but alas, like he always does, Levi is moving forward. and isn’t it wonderful that his media attention has already turned us all on to his sordid past? No need to Google this guy. He’s put it all out there, literally.

We know Levi could win in Wasilla with his most familiar platforms of strong family values, belief in censorship, and, of course, and his close personal relationship with Kathy Griffin.

Bristol Palin and Levi Johnston are back together again.

Levi Johnston wants to pitch his own reality show too.

Levi Johnston is finally getting the gist of being famous by selling out too.

A family affair. The family that really doesn’t want to go away.