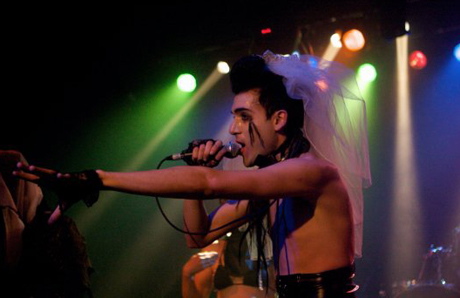 Kayvon Zand for all intensive purposes doesn’t give a f*ck what you think. Or to put it another way, what he really cares about is how you feel and perceive when you’re sitting there listening to his music, standing in the mosh pit as he grinds himself up for another lust at the stage.

It’s a late Saturday and I look at my phone to see I have just received a text from the rebellious underground singer, whom if you already don’t know has a predilection for the dire, perverse, repressed and the contentious sexual roles and identities paraded in society. To be sure he is in his own words an imaginary breeding of what Elvis Presley and Marilyn Manson’s supposed love child would look like and sound like. In short, what you get from Kayvon on stage is what you get from his off stage too,if not more…

So there I am looking at my text and to effect it’s beseeching me to go to page 6 on the NY Post to read about a new scene that he’s just embroiled himself in. The scene referred to involves Kayvon Zand’s back up dancers engaging in on stage oral sex. When asked about this further, Zand demurs, pauses before answering:

” They should have done their homework as to whom they were booking. I’m a performer and my art has a particular style, emphasis, to act surprised and tell me 5 minutes before we go live that we can’t use fire or fake blood doesn’t sit very well with me. At that point you’re telling me how to perform.” 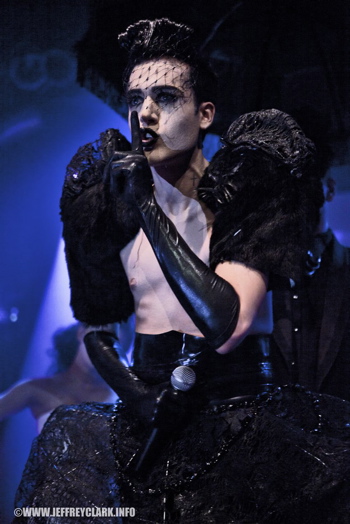 That’s when Zand thought to himself if he was going to be restricted then he’d just have to come up with a new angle to keep the work spirited, spirited that is in the vein of the typical Kayvon Zand manner.