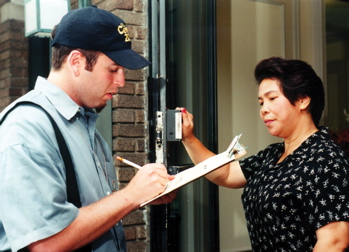 The amazing lies you can get for $25 an hour…

Picture this, you work for the census bureau, and your deadline is fast approaching, the only problem of course is no one has bothered to return their census sheets, and nor are you particularly willing to go door to door in this stifling heat. So what do you do? Intrigued? Let’s find out together what Alvin Aviles and Sonya Merritt 2 census bureau managers decided to do.

The Gothamist: Two Census Bureau managers have been fired from their Brooklyn offices after it was revealed that they faked over 10,000 questionnaires in order to meet deadlines. Instead of going door to door to help people fill out their forms, Alvin Aviles and Sonya Merritt got paid up to $25 an hour to search through the internet and phone books and make up answers to thousands of questionnaires.

Make up answers? One has to wonder what type of make up answers the princely team of Alvin Aviles and Sonya Merritt came up? Do you have a job? – ‘Yes, I work as a counterfeit auditor.’ Is the job strenuous? – Only when I am required to actually perform my duties. ‘Are there any short cuts you have developed while at your job?’- Yes, but I would rather not answer that question. ‘And finally what would take for you to breach your duties?’ – Somewhere in the vicinity of $25 an hour.

But rest assured able bodied citizens, the story gets worse….

They also encouraged the rest of the workers to do the same. One worker told the Daily News, “Basically, people were being asked to forge [questionnaires].” The two were turned in by other workers in the office, and are now redoing possibly tainted interviews. Regional director Tony Farthing said, “We’re not happy about what happened.”

And you thought corruption would cost you an arm and a leg? Huh!