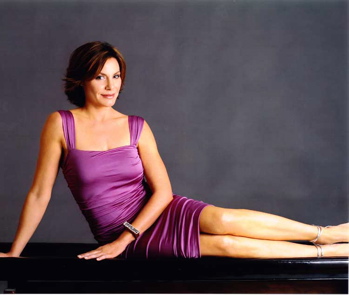 The woman known as Countess LuAnn de Lesseps from The Real Housewives of New York City, the self-anointed modern day Emily Post who penned a book entitled “Class with the Countess” to advise those lower than her on the evolutionary food chain about appropriate manners,  released her single “Money Can’t Buy You Class” to the web yesterday. The hype behind the long awaited single is that she claims I’m Bringing Classy (and Disco) Back. With such a bold claim she makes even the pompous self promoting Jay-Z sound humble and self effacing. Upon listening to the single, the only thing that is in fact clear is that money can’t buy you class or a voice that sounds less like you are tucking in to your panties a big ole sack of testicles.

“The Countless” (as she has been snidely referred to by bloggers and cast mates alike since her divorce from her globe trotting philandering husband) has gone the synthesizer route ala Kim Zolciak, The Real Housewives of Atlanta, proving that while she may be “Tardy for the Party” that certainly won’t stop her from cashing in the culturally unenlightened, which likely include the Neanderthals who felt inclined to read her tome on how to behave like a civilized human being; a girl’s gotta eat. My advice, you just may want to stuff some snot back up your nose to see if it gives you a more regal air. One can only pray she ventures towards a night club in New Jersey and gets whacked by one of the The Real Housewives of New Jersey. Because you know after all, if you are Italian and live in New Jersey you must be a gangster, right BRAVO and MTV? ….but if you debase culture and you live in Manhattan and “summer” in the Hamptons (which is far different than running around like a drunken club kid hustling in the Hamptons, complaining about being the token black person—first of all you are not the first, the last or even a token, Brittany Mendenhall) while married to a philandering playboy who dips the wick in more candles than a candle maker, for his title and cash, and after it becomes crystal clear that Count Chocula prefers a different flavor entirely and he divorces you, you fight tooth and nail for your title more than anything—you have class. Yeah right. Most girls would be better off reading from the Ashley Dupre playbook; it’s more honest and real.

If not the synthesizer, LuMann and Kim Zolciak can go out on tour barnstorming throughout the pockets of the culturally unenlightened across America holding book signings and acoustical performances in Appalachia, maybe even arch foe Bethenny Frankel will show her well sculpted ass to increase sales.  Money can’t buy you class, neither can it buy you a voice or the ability to sound less like a tranny; no offense to the Transgender Community. France Joli she is not, so I do not suspect that the LuMann will be bringing disco back. Fact is that LuAnn de Lesseps is not France Joli, hell she ain’t even Ashley Dupre. Regardless it is such a barren hustle. If you sound like the LuMann, you really ought only to sing in the shower………………. with the door closed preferably.