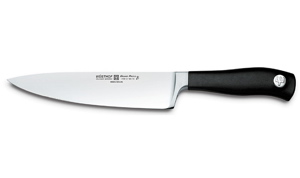 The unsettling things that are now happening in China.

For a while before the great migration of workers to the cities you had a relative calm in the outskirts of mainstream China. It may have been heavy in Communist rhetoric but everyone pretty much understood their place and things one way or another would get done. That of course was then and with China fast becoming an industrialized nation, albeit with more degrees of exploitation of laws and its citizens than its Western counterparts, strange and violent things are starting to happen where once one would never have expected to hear of such tales.

BEIJING (Reuters) – A knife-wielding man injured 28 children, two teachers and a security guard in a kindergarten in eastern China, state media reported on Thursday, the fourth such stabbing case in recent weeks.

As tactless as it may be to suggest that if such behavior happened in the US we would equally be in arms, albeit with a resignation that we have seen this all before, it would be understood to be the consequences of doing business in a nation with much upside and the few disenfranchised who from time to time come out of the wood work and misbehave. That of course is a view point in China that is currently taking few finders. Continues the article:

Xu has been jobless since he was fired from a local insurance company in 2001, and then took part in pyramid selling schemes, Xinhua added.

The attack is the fourth reported school stabbing in China in recent weeks, and the rash of violence has prompted public calls for more measures to protect students in a country where many couples only have one child.

It maybe clever rhetoric to suggest that childless couples are going insane, but a more nuanced discussion may also take into account the degree of isolation and disenfranchisement a lot of China’s citizens are beginning to feel if and when they become marginalized and left out in society’s advance to the new century. After all it may be one thing to be poor and left out in America with at least a clinging hope that you too one day can make it, versus the point of view, in China, where if you miss the gravy train no one is pretty much going to care or listen to you, save of course for the occasional violent act of mutilating 28 children.