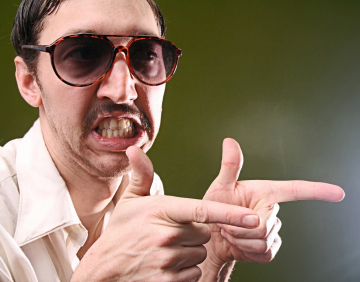 Scallywag and Vagabond has developed a strong and steady readership since its founding in November of 2008, thus winning out over those of our early critics who said it couldn’t be done. I remember Keith Moon, for instance, predicted that we “would go down like a led zepplin.” In defiance, we named ourselves Scallywag and Vagabond, unless I’m getting us confused with Led Zepplin, as I often do. At any rate, we’ve since managed to rack up an admirable array of regular readers coupled with a dependable flow of occasional onlookers. And having recently brought on board several very talented people to assist with programming, graphics, and other such necessities, we’re now ready to implement some of the grand projects we’ve been planning over the past month or so, including morning-after video coverage of New York’s most intriguing events.

With our readership now sizable and set to expand quite a bit further in the near future, we’ve decided to implement advertising – although nothing obtrusive, mind you, as our policy is to be obtrusive only in such cases as we’re investigating someone richer than us. The selling of advertising, it occurs to us, is a very retro sort of way for a media outlet to make money. Those of our readers who are of a certain age may remember a time when media properties were required to bring in some sort of income, ideally one greater in amount than what the outlet spent in the process of being a media property. This was before people started inventing things like YouTube and then selling them to things like Google, of course.

Of course, we are doing this entirely for purposes of irony. “Oh, yeah, dude,” I’ll say to editor-in-chief Christopher Whatshisname. “Let’s line up our key demo with a few targeted sales focused on an across-the-board array of boutiques as well as services oriented towards the publicist-and-producer lifestyle, dude.” Then I ironically chomp on a cigar which I purchased from an entirely non-ironic tobacconist who hates me because he knows I use all of his products as ironic props. Well, fuck him. When I buy those cigars, that is.

Rather, I don’t say anything of the sort, as we don’t do sales ourselves; even if we were competent at that sort of thing, we’d simply lack the time. I’m busy with a bunch of stuff that I can’t recall at the moment but which I assume is important or at least time-consuming insomuch as that I’ve been meaning to write this particular pece for weeks but am just now getting around to it, and our fearless assistant editor Christopher Koulouris is so incredibly busy that I just now promoted myself to editor-in-chief and busted him down to my old position of assistant editor and he has yet to notice because he’s too busy doing whatever it is that he did as editor-in-chief before I took over the position just now. I should probably find out.