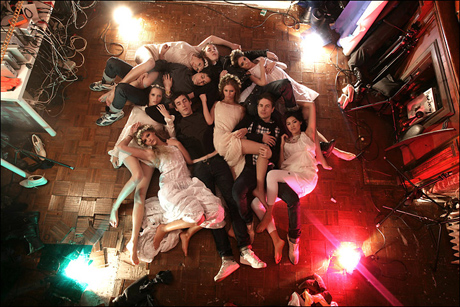 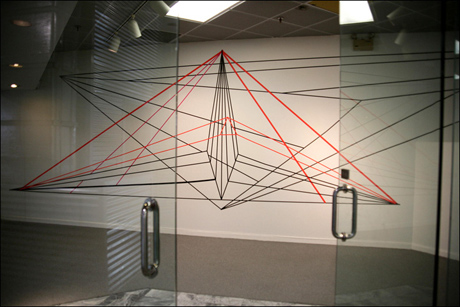 F: I read an article online in the New York Times about your sculptures, and I noticed there were some harsh comments from people saying, “anyone can do this” or “he’s just an ass putting tape up around the streets.” What do you say to them?

S: Those are a group of people who live in the Hotel Chelsea. I know who they are. But, it’s like the kind of things that are ego killing.  It’s not lovely to read these nasty things, especially when they’re calling you out on your essence. You’re trying to break new ground and do something interesting. Just “rock it” in general.

F: I’d rather see what you put up on that wall, than a plain white wall.

S: Yea, or an advertisement. Or something that may make you feel bad. So, to fully answer your question, you have to take criticism. You’re setting yourself up if you’re making things with tape. But, I love street art. I love graffiti and I find it playful.

F: You’re also a filmmaker, with seven feature films under your belt. What brought you into the medium of film?

S: The need to continue the expressive arch. It also comes from respecting the process of photography, loving the process of capturing a still moment, and wanting to up the anti. It’s the next phase, the next chapter, with the lessons garnered from the photographic realm and many other experiences.

F: Was your father into filmmaking at all?

S: Not really. He would photograph his sculptures. He had a big shop and metal forge. He dedicated the ideas to the medium of metal, bending iron and twisting shapes. So, I grew up within that, and near that. But, not necessarily wanting to replicate that directly. So, again I felt for me that filmmaking was, the next step.

F: Do you see yourself going in one direction as an artist: filmmaking, photography, sculpture, street art? Or do you just do as you feel at any given moment?

S: I feel they are very interconnected. I think the great power of cinema is that it can combine things. It can provide a great outlet as a vehicle to do multiple things, if you’re sensitive enough, and can weather the storm of time travel. You have to step back and remove, and it’s more of a collaborative process. 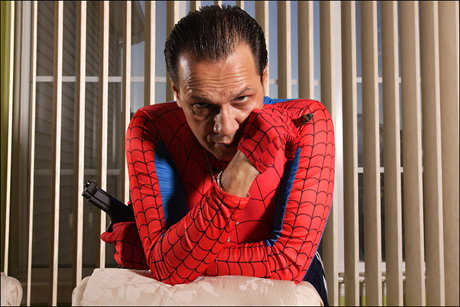 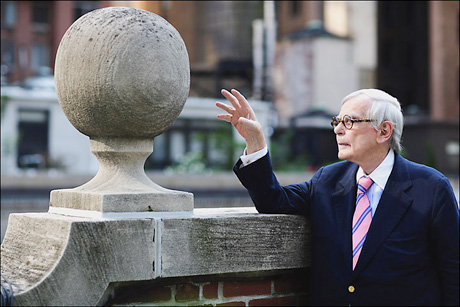