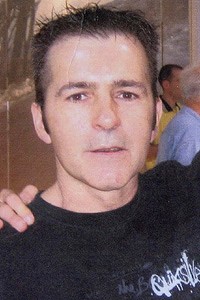 Here comes a deeply troubling story of a man called Andrew Derek Moore who because he failed what the Aussies down under like to call their ‘character test’ was denied a reissuance of his visa and was shipped off back to where he came from some 30 years ago. Of course, the interesting part is that when Moore was shipped off he was extremely ill- as reports the Sydney Morning Herald:

”His face was like a skull”, the source said, his body racked by a failing liver, hepatitis C, fibromyalgia and bowel problems. ”A puff of wind would have blown him over.”

Not to fear, Moore was definitely an unsavory thug who from the age of 14 was getting into all sorts of mischief until in the year 2000 he killed his drinking buddy at the pub and was sentenced for manslaughter. As you may or may not know the binding irony of this story that Australia was founded by the British who trolled all their undesirables to the other side of the world. Not to  be beaten some 200 years later, the Aussies have decided that they too can play at this game too. But let’s see the effects-
Leaving behind a teenage son and his extended family, the 43-year-old recovering alcoholic was released at Heathrow Airport at 6am with $1000 cash, medication and a hotel booking. Two days later he was dead.
The Australian Government for its part has denied any culpability while it’s local media pundits and whore Derryn Hinch was actively vilifying the rogue Moore as an upstart while serving time in a detention center-
a ”cynical sick joke on the Australian public” that he had been allowed a TV set and a DVD at Maribyrnong detention centre after escaping in May and turning himself in four months later.

He was being ”treated like a VIP”, said Hinch, and was ”swan[ning] around in a blue bathrobe and treat[ing] the place like his own Ritz-Carlton.”

Interesting that Hinch thinks that the detention center is like the Ritz-Carlton. We would have never thought so, had Hinch not invited this idea. In the end, the media pundits won and had Moore shipped off with little public sympathy or regard for the fact his 15 year old son still wanted to be with him now that he was released from jail and that Moore’s family  were willing to foot the bill in taking care of him.
After all character tests are character tests. Enter the final tragic piece and we read the following;

The Metropolitan Police said they were called to a block of flats 15 kilometres away in South Lambeth Road (in the UK) on October 23, where a seriously injured man was lying on the footpath outside.

He was pronounced dead shortly after arriving at hospital and an autopsy was inconclusive. The death is being treated as unexplained and detectives are investigating it, a New Scotland Yard spokesman said.

In the end you have to wonder who really failed the character test- Moore or the Australian government?