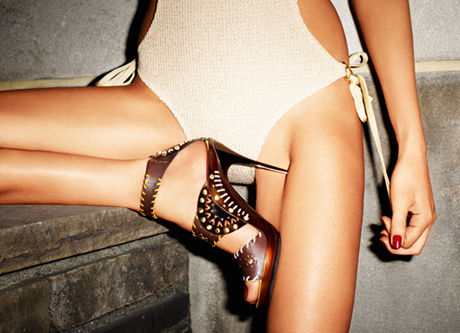 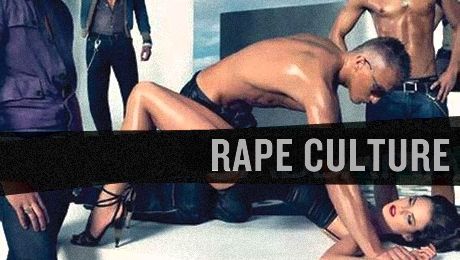 If one pays attention to the type of advertising that has increasingly become de rigeur in society, more and more one will notice that advertisements are becoming increasingly loaded with the insinuation of violence against men or women. From potential rape, domination, physical violence and sexual exploitation there is a heavy current of underlying drama. What makes the overall drama more compelling isn’t the depiction of any overt incident, but rather the implication that it is about to unfold. In this vein, advertisers— particularly fashion advertisers— are pushing the envelope in the hopes of making their product relevant, memorable and somehow risque (which seems to be the catch phrase if some one is to be caught dead wearing your line). The irony of course is that no one, from the consumer to the merchandiser, openly condones violence, yet somehow they understand that it is absorbed and consumed in our wider culture. Said irony only extends itself through palatable terms when the potential violence is seen being perpetrated by socially acceptable beauty staples (including effeminate men and high cheek boned half naked women). The question ultimately becomes how did these images become legitimized and widely consumed?

With respect to Dolce and Gabbana ads, the depicted violence becomes a kind of glamorous selling point. In the same way, when Bernardo Bertoluci’s ‘Last Tango in Paris was first released in 1972, starring a tormented Marlon Brando, it shocked audiences the world over with it’s overt depiction of sexuality and violence. Despite the taboo of the actions within the movie, audiences still paradoxically rushed to see it. Understanding this, advertisers (especially those perceived to be in the glamorous circles) have sought to extract attention and some degree of notoriety in the same way United Colors of Benetton first extracted shock, dismay, and criticism by showing interracial couples making out. And let’s not forget about the slaughtered animals. What this suggested wasn’t so much about how the product felt on your skin but rather what type of statement were you willing to make in public vis-a-vis your proximity to conscientious producers.
The irony has extended itself to presidents, celebrities, and the mainstream culture. A former president was once caught having sex with his intern and watched his career go up on the chopping block. This man, Bill Clinton, nearly got impeached and yet that he is lauded the world over, never mind the serious breach of conduct. And then think about the reality stars who misbehave, get loaded, struggle with substance abuse, and even fail miserably, yet are still adored and adualted- case in point – Lindsay Lohan and the Gosselins. Why should this be, and why does it continue to sell? 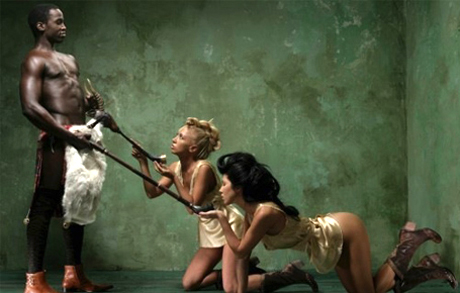