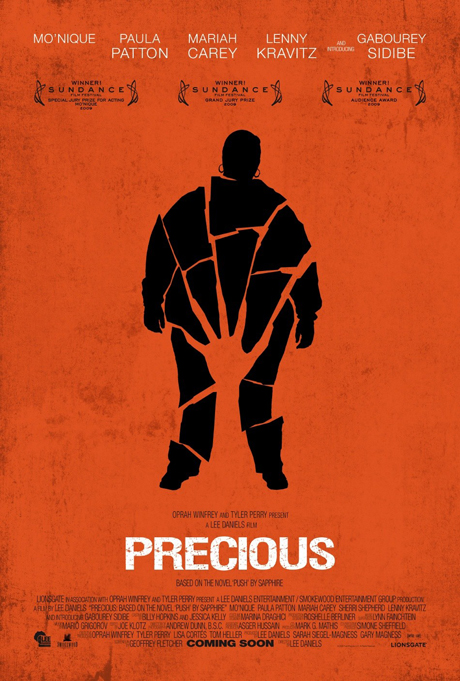 Why is Precious significant? Precious and I represent the dichotomy of the African American community. We are both the result of historical events that separated us and our parents. The events that created the dichotomy between me and Precious are events we would rather not discuss anymore. We have Obama as president. The past is the past right? Well, for people like Precious, the past is very much their present.

It is 2009. We have a black president, so what is the past’s significance? After the Civil War, there was still mandated segregation. Although less rigid in the North (my grandmother went to an integrated school) there were still communities for blacks and communities for whites.

Why is this significant to Precious’ and my story? It is significant because while the world was segregated, there were black-owned businesses, and black prosperity. Even though we were cordoned off to our section of New York, we flourished. There was the Apollo Theater and periods like the Harlem Renaissance that demonstrated cultural wealth in the black community. And then the world was desegregated. And the black business owners moved to the white neighborhoods to enroll their children in better schools, taking their businesses with them. The money that black businesses generated was no longer going back into the black neighborhood, but now into the general economy.

The people who did not live in the black community set up shop and dollars began to pour out of the neighborhoods with none trickling in creating a perfect funnel effect. Creating Precious.

So what is the moral of this story? Is it to make us feel guilty? Precious is obviously not one girl, but the African American community as it has been left to survive on its own by you and me alike. As I was leaving a white woman randomly turned to me and said “You know what movie I liked, I liked that movie with Denzel Washington, The Great Debaters” I smiled at her and thought– of course you did. We all did. No one wants to feel like Precious made us feel. That’s why we voted for Obama. That’s why we watch movies with feel good endings like The Great Debaters. Who wants to think about Precious? The past is the past right? Or is it?