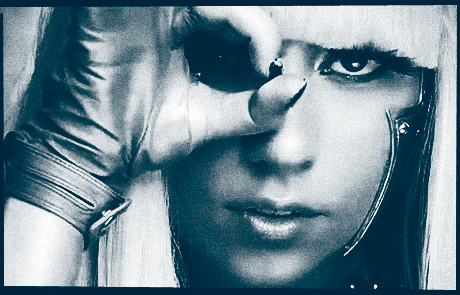 There are a lot of musical mini-sensations around these days, but it is hard to see which of them, if any, is blessed with the sort of longevity that can allow them to last the distance. Our ears are bombarded with the sounds of Lady Gaga, Miley Cirus and Taylor Swift. You can’t walk into a shop or turn on the television or radio without hearing their voices or seeing their faces, and yet it’s hard to imagine listening to any one of their songs in ten years’ time, because, on the whole, the songs simply don’t mean anything at all.

It’s easy to recall a time when music seemed to carry so much more weight. It was once a revolutionary tool, a way of inciting emotion and passion about things that affected people. You think of people like Bob Dylan and John Lennon and the Who, and you think of “The Times They Are A-Changin”, and “Imagine”, and “Won’t Get Fooled Again”, and you remember the effect the music had on people. It spurred them on to protest and to take a stand about the important things. Yet it is remarkably difficult to name an artist or group today who sings political songs and actually achieves real mainstream success, which seems ridiculous, given just how much there is to be singing about. It can’t be that we don’t care, but is it perhaps a case of overload?

There is so much wrong with the world, and with the technological advances of the last decade it is impossible to avoid that fact. It’s not a case of simply deciding not to read the papers when we are in such a state of informational saturation. The great big mess we have got ourselves into is perhaps just so overwhelming that instead of choosing music as a means of protest, we choose it instead as a means of escape— a sort of white noise to drown out all the bad news for a while that doesn’t require thought, attention, or emotional involvement. It’s more than a little bit rose-tinted to suggest that all music “back then” was meaningful and intelligent. There was a whole lot of mindless rubbish being churned out too, and it sold. It always will. It’s not that the important music is not being produced any more either, but that it doesn’t seem to make it’s way to the mainstream, because it can’t get past the wall of pop that, whether or not it sounds good, doesn’t really mean anything at all.

So what is it that gives an artist staying power, and does the ‘importance’ of the songs have anything to do with it? I doubt anyone will remember Katy Perry in ten years time, but will Lady Gaga fare any better? Some of the most tenacious stars of the last few decades have not been the ones who have come out with the most lasting music, but rather those who have mastered the hoopla of fame. No one would claim that Madonna’s music is particularly influential or even particularly exceptional, but she has so perfected the art of reinvention that even now, years after her musical career reached it’s peak and began to descend, she remains one of the most famous women on the planet. Right up to the end, we all still watched every move of Michael Jackson’s, not because we were expecting him to produce another timeless hit, but because quite frankly he was nuts and it made good viewing. It’s about the smoke and mirrors, the theatricality, the costume changes, which is why (assuming she can keep up the pace, and one has to wonder if she has perhaps been sprinting a little bit too much to complete the marathon) Lady Gaga has the potential to hold firm: nothing to do with her music.

The music that lasts is the music that people can identify with, the music that speaks to them and elicits an emotional response. Whether it is about politics or drugs or sex or love or just about a state of mind really doesn’t matter, but in order to have that longevity it needs to be intelligent or it simply won’t engage people enough. Whether or not you agree with me, I just don’t think there is as much of it around these days, particularly when you look at it in terms of proportion to the general volume of music being produced. There is some fantastic music coming out, but it doesn’t get nearly the coverage that the Gaga contingent does. On the other hand, the artists with the power to stay in the public eye are not necessarily the most talented but the ones who learn to play the game the best. The ones who learn to manipulate the circus to their advantage are the ones we will remember and continue to see in the media. That is nothing new, and it doesn’t look likely to change any time soon.