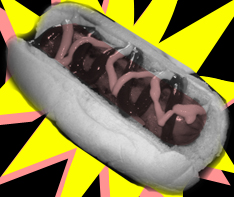 How to survive the foreclosure disaster.

Despite some tentative signs of recovery, the U.S. housing market remains vulnerable to further price drops—especially in areas where large numbers of mortgages are headed toward foreclosure over the next few years.

We know you’ve all been hanging in there praying that it was all a hoax or  mean joke but it seems some things don’t will themselves to behave as much as you wished they did.

Goes on the WSJ:

And in case you thought being caught in a whirlwind only affected the poor, guess again…

While supplies of moderately priced homes have shrunk, there is still a glut of high-priced houses in many areas, suggesting that prices on those properties may fall sharply as more owners default. In Sacramento, there are enough homes on the market at $600,000 and above to last more than 15 months at the recent rate of sales, compared with just 1.5 months for homes priced at $300,000 and below, according to Lyon Real Estate.

What does this all mean? Life is going to remain volatile, because even if you aren’t a home owner, as long as every one else is sliding off the over-inflated balloon you will be sliding off with them.

Living in financial bubbles can cause hunger pains but thank God hot dogs only cost a dollar.

Waiting for the Next McMansion to Drop