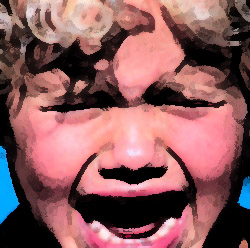 The terrible things you have to face up to when you wake up in the morning.

This week’s killer self pity letter:

We found the following outpouring of self lament on reddit, a site known for allowing insanity, profanity and high decibel jingles from media sources all over the world.

Before you begin reading this young man’s quandary bear in mind that although you are used to seeing blood and gore on TV what follows has more ferocity and poignancy than what we are collectively willing to own up to.

In any event let’s read our pick of the week’s most lamentable exploration of self pity, stoicism and self doubt that perversely tracks the way most adults find themselves living. Please duck….grief and self pity are on their way…please give generously…

I am a 25 yo with no money or family who is just about ready to give up on life. I have no idea what to do.

I’ve been through some bad experiences in my life and I’ve definitely made a few poor decisions. I’m not one to blame the world for all of my problems, but I have had some shitty circumstances bestowed upon me.

I don’t want to go into too much detail about my past, but I have no family left, large amounts of medical and credit card debt, and an even larger tort action against me (from a bullshit lawsuit when I was 18 where rich parents threw thirty thousand dollars of legal filings towards me and I defaulted).

I’ve always been fairly proficient with computers and software devleopment and I’ve been able to stay afloat by working various contract jobs. I never took a proper W-2 job for fear my wages would be garnished from said tort action.

About a year and a half ago one of my ex-girlfriends (and someone I was very close with) committed suicide. She had called me a few days before it happened but I pretty much blew her off (she was telling me how happy she was and how great things were, no indications she was upset). Things really started to go downhill for me from there. I became depressed and wound up losing my primary telecommute programming contract. I moved in with a few friends and wound up sleeping all winter, spending all my money, and getting into debt with them for rent. They were cool enough about it, but I couldn’t stay there for free.

I got my shit together as best I could, found a job doing software development in NYC and couch crashed with friends while I worked and saved up my money. Long story short, the company I worked at turned out to be run by really sleazy people and they couldn’t make payroll. 3/4 of the staff quit after not being paid for a month. The company went bankrupt and I got a fraction of what I was owed.

I stayed with different friends for a few months and was desperate to find a job. I was offered a decent position in NYC doing IT consulting work. The pay was terrible, but I was promised to be converted to a full-time employee with equity and a pay bump after a 60 day trial period. I worked my ass off (60-80 hour weeks) and got a very positive performance review after my 60 days. I was strung along for another two months (of 60-80 hour weeks) being told various reasons why my employment, pay bump, and equity had not come through yet. I finally had enough and realized they were taking advantage of me and put in 4 weeks notice. After meeting with the managment they indicated they wanted me to stay and that even four weeks wouldn’t be enough time to find a replacement. Two weeks later they fired me over email (on a Saturday) and now are refusing to pay me my last paycheck. This was a month ago.

I had JUST finished paying back another friend for first and last at our new apartment and had NO money saved up at all. I borrowed a couple hundred bucks to live on for the month while I applied for jobs and filed my small claims lawsuit for my last paycheck. I’ve been interviewing at a few places but have not received any offers. I’ve used my last months rent already and have until the end of the month before I’m homeless.

I now have no money for food, subway fare, laundry, and now that my SkypeIn has expired and I have no outgoing credits I can’t make or receive phone calls. My small claims court date is filed for mid November and I’m fairly certain my ex-employer is going to file a continuance, so I have no idea when I will ever see my last paycheck.

I’ve got another couple of weeks to try and find a job, but I’ve just lost the will to do anything now. I feel defeated. Even if I could get another interview I have no phone or clean clothes. My roommate has been nice enough making sure I don’t starve, but this will end soon.

Over the past two years I’ve just been so unhappy and slowly isolating myself from doing any social activities or meeting new people. I’ve already imposed so much on my friends I can’t ask them for anymore.

I just don’t know what to do with myself. Even if I wanted to go on I don’t see how I can with my current situation.

I’m not here to beg for money. I just want to know if anyone has any realistic suggestions for me?

Edit: I appreciate all the feedback, I’m going to do my best to try and make some cash in the next week doing the odd craigslist job and selling off what electronics I have left but I don’t see anyway I’ll be making rent unless I have a real job in the next two weeks or so. A lot of people have suggested going to a foreign place or moving to a small town temporarily. Does anyone have any tangible leads I can follow up on for this?

Edit 2: I’ve seen some people offering to paypal me money. I really appreciate the generosity. I didn’t come here to internet beg but I don’t think I’m in any position to refuse at this point :-

I am a 25 yo with no money or family who is just about ready to give up on life. I have no idea what to do.