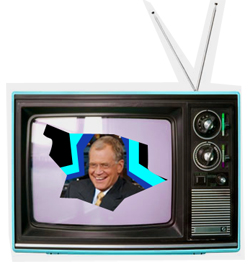 After those infamous words were uttered out of David Letterman’s mouth, it has been a chaotic media frenzy. With Stephanie Birkitt being revealed as one of his mystery mistresses, the stories keep coming in to tangle up the late night show king in his own web of secrecy. Word is now coming in that he kept all these sexual relations while having his girlfriend Regina Lasko by his side. Even taking a family vacation with Lasko, son, and Birkitt. Is love really that blind that Lasko had no idea that these two philanderers were carrying on their sexual affair right under her nose? Or, as a woman who waited 23 years for Lettermen to marry her, just turned a blind eye? Once someone who pounced on other celebrities and made fun of their misery or mistakes, Letterman now stands at the butt of everyone else’s joke.

But, didn’t he always have a reputation of being  a cranky old fart that everyone disliked in favor for Jay Leno’s cheery persona? So is it that much of a surprise that he might have taken advantage of his authority and gotten a little bootay? Is it that shocking in this amazingly “innocent” and “morally correct” world that a boss has sex with his assistant? Is this something that we should condemn David Lettermen for? Someone who the American audience has tuned in every night since 1993, due to this one glitch in the late night program, should we turn our backs and claim him to be a disgusting pig to someone that we turned into every night for some comfort and laughter?
Whatever happens, I’m sure David Lettermen isn’t going anywhere. Sure, he messed up, sure he may be a sexual predator who likes to take advantage of his female staff members, but he is a cultural icon. So all those feminists who want to ban him and take him off the air, good luck to you, but as of now, all I see is another male figure who just wanted to have some sexy time, and turned to his left and right and picked a ripe few from his employees. And come on, don’t pretend like this doesn’t happen every other day at offices in America everywhere!?