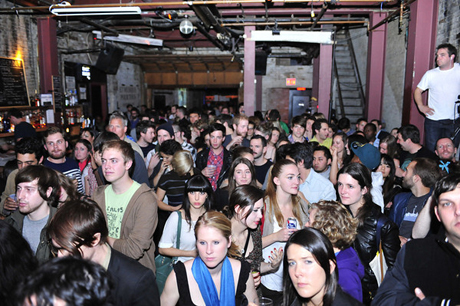 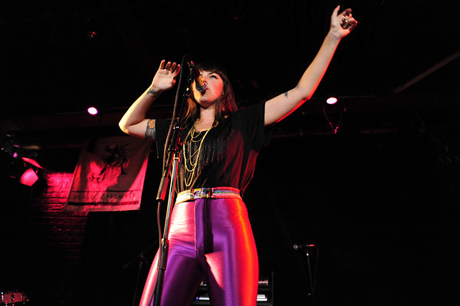 Pink spandex pants. Unfortunately, these are seen often enough to become normal, if not passe. Whatever their status, the singer from Sleighbells got on stage and did some uhs and ohs sporting these trendy slacks. After a derivative, heavy-computer beat one woman show, the rest of the band came on stage: a guitarist.

The scene was the front room of Public Assembly, the double club guarded by humorless ape sentinels. Taking an important phone call in the hallway is taboo and will warrant a retina-scorching flashlight beam and curt instructions to keep moving.

Venue aside, the production was an entertaining five band affair put on by music blogs F o r t h e b e a t and Et Musique Pour Tous, thrown for CMJ and ABC News Amplified. Swagger NYC and Tainted Blue were also on the team with Swagger putting your sloppy-drunk mug on polaroid if you weren’t careful. The bands were Phantogram, Sleighbells, X-Wife, Electric Tickle Machine, and We Have Band:  the last one being our standout favorite, with their three-piece, white-clad, stand-up-drummer-bass-keyboard, dancey-without-sucking sound. 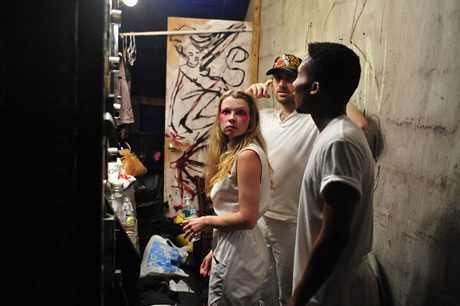 We Have Band in the green room 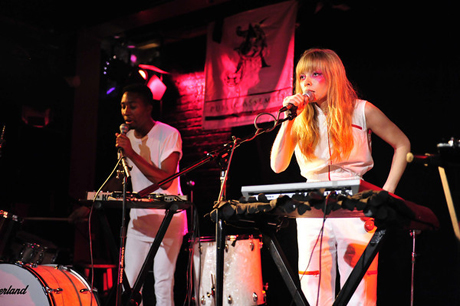 It’s superfluous to say the club was packed with the normal Williamsburg fashion show. Screen-printed faces on leather jackets, oversized glasses, an array of other zany clothes (screaming for attention) are all par for the course if you choose to get off the L train at the Bedford stop. However, it wasn’t only BK Kids here, there was a considerable amount of traffic in from Manhattan as a few of the production teams call the city home. 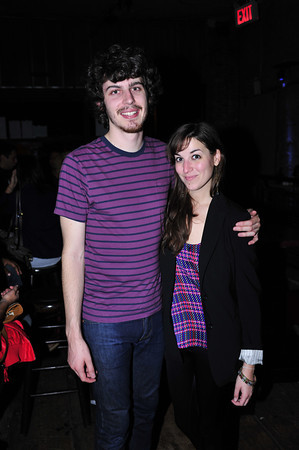 I spoke to Steph Lund of Forthebeat, and commenting on her love for CMJ she confided that her favorite thing about the festival was being able to get fucked up and see bands every night of the week. Actually, I think that is the general consensus among CMJ goers and most likely is the driving factor in the festival’s ever-rising popularity.

What the hell is CMJ you may be asking. Well, square, CMJ (officially titled CMJ Music Marathon) is an event that has been happening in New York City venues since 1980. CMJ is the College Music Journal and the marathon was created to showcase breaking artists in the college radio world. This year’s festival started October 21st and terminates this Sunday, October 25th. If you are lucky, you read this in time to make it to a show or two. If you aren’t lucky, I guess you just have to stay a square. 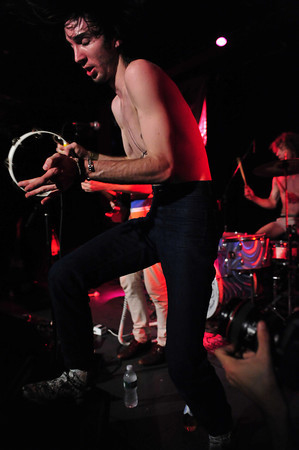