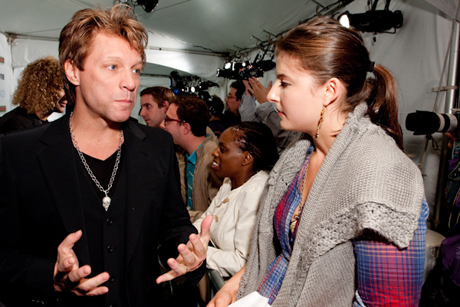 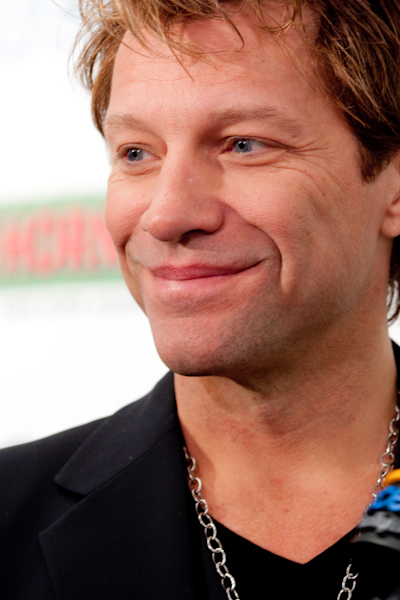 Last week cameras were poised to capture the premiere of Bon Jovi’s first foray into rock documentary entitled “Bon Jovi: When We Were Beautiful.” Film crews followed the band during their 2008 Lost Highway Tour, granted access to the private moments of a band that has long been allocated iconic status in rock and roll culture.  The film will air on Showtime in November.

Passersby congregated before the press pit, as they do in New York, viewing the spectacle with a casual air, leaning back in silent appraisal at the live installation SVA was showcasing this evening.  In the cabana, temperatures began to rise, as they tend to do in the unique atmosphere of the equally loved and loathed press pit.  Photographers, writers and camera crews planned their attack, readying for the band’s eventual arrival, and sharing lurid celebrity gossip beneath the spotlight.  As we waited for the arrivals, I got caught up on the latest in celebrity divorce settlements, drug problems and sexual dysfunctions.  Have I mentioned lately that I love New York? 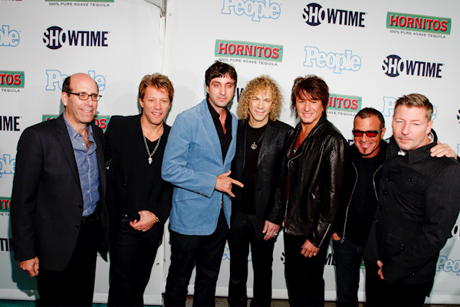 The band arrived, and a “do or die” tension permeated the once congenial atmosphere.  Now, it was all about the scoop and I readied myself to jockey with the rest of them for attention from the pretty people, and very pretty they were.  In fact, I was surprised at how attractive the band proved to be in person. Bon Jovi was immediately recognizable from the shadows, his tailored blue suit heralding an eventual tour down the carpet as he animatedly conferred with a friend from behind the tent flap. As the band began their walk of fame, the shouts and catcalls commenced, creating indecipherable cacophony among the congregated fans, press reps and well-wishers.  Bon Jovi’s effect upon the general population was amazing to witness, and I felt a renewed sense of urgency to speak with him, if only for one question.  I am with Scallywag, after all. 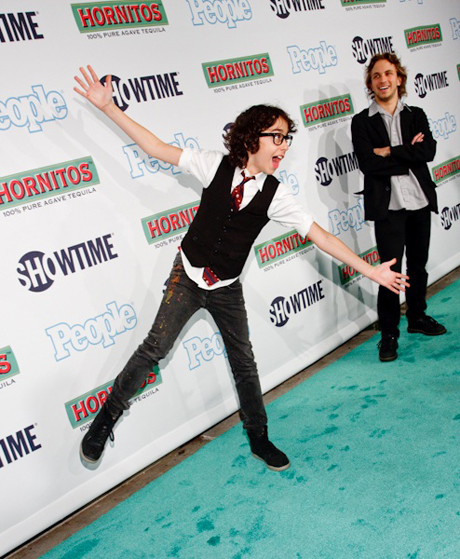