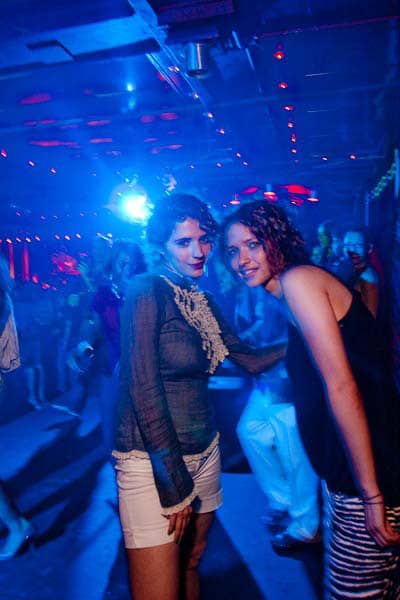 According to McMullen, working with Webster Hall has been like working out of a professional arts center.  “Webster hall has been exceptional … like working on a soundstage,” McMullen said.  With the two to three hundred people that each Art of Fashion event brings through the door in the early (and quieter) hours of the nightclub night, perhaps Webster Hall’s participation with the Art of Fashion may serve as a model for other nightclubs to follow.

Trudy Miller headlined the event with a runway show introducing Trudy Miller Layers, Miller’s transitional wardrobe system.  Trained as an architect, Miller employs a “whole systems” approach to clothing design, resulting a utilitarian and versatile, yet stylish, clothing line in which each item is completely multi-functional and customizable for an individual’s body type, lifestyle needs and fluctuations in weight that may occur over time (including pregnancy).  For example, Miller’s “Kimono Dragon” can be worn as several dresses, tops or tunics.

Models pirouetted on the runway, transforming the silk-like, flowing garments in dramatic fashion, with a minimum of “wardrobe malfunctions” (and none of the Janet Jackson kind!).  The skill to convert the outfits appears to be that required to play the ‘cat’s cradle’ string game (for which, incidentally, I never learned to do the ‘pinky’ step).  Pants, jeans and skirts by A Woman/Jesjade Collection accompanied Miller’s garments.

Larry Wolf, who opened a photography studio in 2005 after serving as assistant to photographer Steve Hellerstein, exhibited images inspired by Richard Avedon and David LaChapelle.  A ballerina lent the Dovima-esque grace and balance in Wolf’s Avedon-inspired works.  For one piece, the Ukrain-born Wolf succeeded in the nearly impossible task of locating a 1950s Russian automobile.  Under a brooding sky, Wolf constructed a surreal juxtaposition of a woman styled from the American 1950s and the Russian car.  These elements and the model’s distant gaze add up to a scene straight from a film-noire style escape from behind enemy lines for the heroine, likely a spy or double agent, the viewer participating in role of the hero. Such drama on a Friday night…

Brian Nielson, a commercial photographer, displayed a mix of his professional and personal work.  Nielson takes a deconstructionist approach to fashion and light in one piece composed with an undressed torso mannequin lit solely by the single lamp visible in the frame.  Nielson’s other works employ multiple stark lines to create smooth transitions and accentuate soft edges in his work. 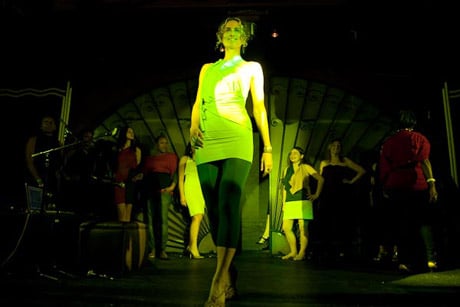 Tennessee Kroger shooter was fired on day he shot at 15,...

Watch: Fitness coach drowns in front of wife trying to save...