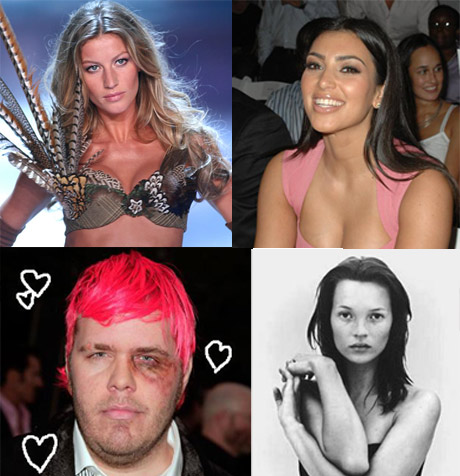 There’s no question that the culture of celebrity worship has changed dramatically over the last twenty years. It’s nearly impossible to imagine Audrey Hepburn being told to “Go Fxxx Yourself,” or Gene Kelly being savaged by a Cold War-era Perez Hilton. Since fame and fashion are inextricably intertwined, as our cultural relationship with fame has changed, so too has the American relationship with fashion. This begs the question: From where are we taking our fashion cues today? How this changed over the last half century? And, importantly, what implications do these changes have on the fashion industry itself?

People have always taken their fashion cues from celebrities; now more than ever. Fashion magazines like Vogue and Glamour are loathe to put a mere model on their covers to move units – famous faces are now required. Even print ads now require more than the right “look” – think of anything from Katie Holmes posing for Miu Miu to Brittany Spears for Candy’s. These women aren’t being hired for their ability to display the product in the best light, they’re being hired to generate media buzz. The glory days of the supermodel seems to have come to an end. Sure, we have Giselle, but does anyone see her as iconic as Twiggy and Cheryl Tiegs were in the 60s, or as Cindy Crawford and Kate Moss were in the 90s? It’s almost tragic to imagine the marketing meeting at Cover Girl Cosmetics where executives first realize that their product is named after a phenomenon that no longer exists in the real world.

At the same time, the cache of being famous is going down. The internet instantly disseminates unflattering candid pictures of our real movie stars, while the blogosphere and reality T.V. combine to give any shameless attention whore a chance to mortgage their soul for their 15 minutes of fame (see: Julia Allison, Kim Kardashian, any of the Real Housewives).

The proliferation of these pseudo-celebrities has big implications for the fashion industry. Fame is now A) easier to commoditize to a mass market, and B) increasingly necessary for a successful product. The result? Max Azria teams with Miley Cyrus for her Walmart line of red leopard-print denim and British flag shirts. We’re so used to seeing our celebrities with the glamour stripped away that it’s not surprising to hear that the increasingly irrelevant Jessica Simpson is about to start a lingerie line or that Pete Wentz is doing a juniors line for Nordstrom. John Gosselin has been spotted palling around with Ed Hardy creator Christian Audigier – can a t-shirt collaboration be far behind?