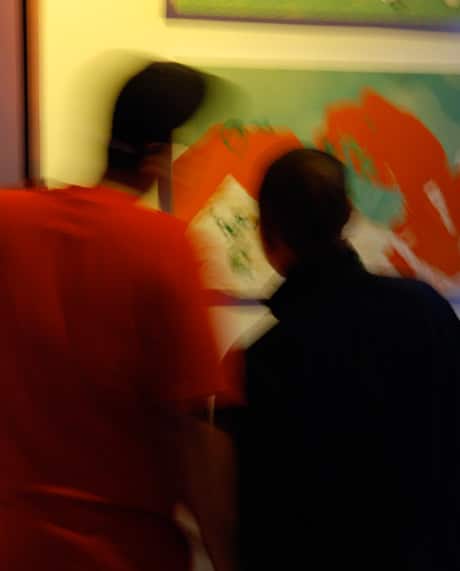 When a special event is held to showcase the work of several New York artists, it is sometimes hard to ascertain by what criteria the event should be judged. Does one evaluate it based on the talent of the individual artists? By the combined effect of viewing the works together? Or by the things the event planners – not the artists – have control over, such as music, drinks, and atmosphere? When it comes to the recent Pop Art loft party, using the latter criteria paints a rather unflattering picture.

But let us begin with the positive. Significant talent was on display last Thursday evening as the works of Savior El Mundo, Jayson Atienza, Masahiro, Jason Barletta, SSUR, and The Loots Artist were displayed together in a magnificently lit space. Savior El Mundo’s work was particularly eye-catching as he has fittingly been described by others as, “A fresh update on Jackson Pollock…” Savior was in attendance, and seemed pleased to be in the center of attention. 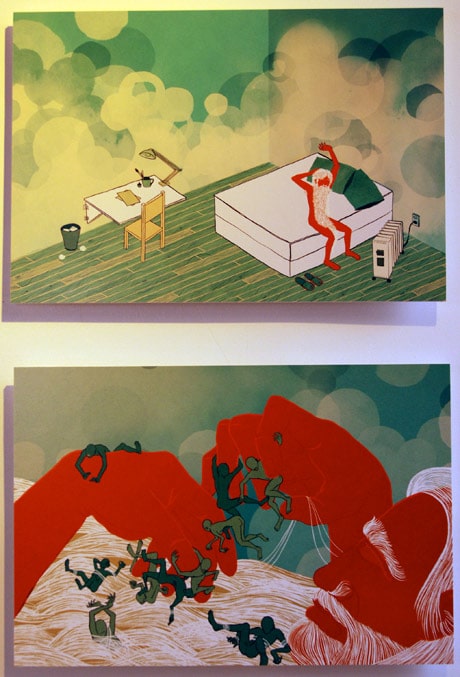 The works of these six artists were of course individually striking, but when viewed together surprisingly became more than the sum of their parts. Many of the pieces shared a hip-hop sensibility that coalesced nicely with the music provided by DJ Tahleim and DJ Peter Paul. As the setting sun gave the Howard Street loft a beautiful early evening glow, this should have been the beginning of a night of art appreciation and mingling. Unfortunately, bungling by the event staff made the idea of staying at this party – especially considering the myriad of other options available to a New Yorker – unappealing and untenable.

The evening started off poorly before I even entered the building with a doorman who, instead of asking my name and then checking a list like any normal event would do, instead wanted to know “who sent” me. I’m tired of schizophrenic events that advertise themselves on party hopper go-tos like Guest of a Guest and then act like you have to have a famous face to get in. Newsflash- this was not a “famous face” kind of event.

Another pet peeve that was severely aggravated- stingy bartenders. If one is going to advertise a party as having two hours of open bar, honor it. Don’t serve tiny plastic cups of vodka and Coke with mere millimeters of vodka. Even more importantly, don’t end your open bar 40 minutes early when you are not out of alcohol. This may sound like bitchy griping, but if organizers are trying to entice people to show up with the promise of free booze, they should honor it.

While there are only good things to be said about the artists involved at Pop Art, it may be time for them to fire their event planners. A lot of cranky people – self included – left this event early for reasons that were eminently preventable.