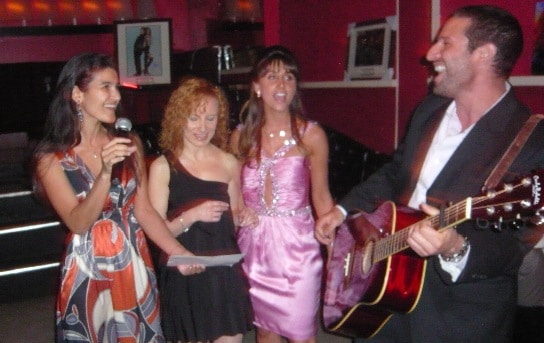 This Wednesday night I headed over by the Bowery to check out the Make-a-Wish Foundation benefit at Antik, which also served as the venue for one of the GEN ART film festival’s after-parties a couple of months back (apparently, I pissed off all of the organizers right down to the Three Olive Vodka promotional people by way of my somewhat mean-spirited write-up on that one). One of the two rooms that make up the venue was being used for a silent auction with prizes of varied levels of desirability ranging from things I would pay for (a Rolling Stones album autographed by what I assume to be all of the Rolling Stones) to things I wouldn’t even bother to steal (a copy of The F-Factor Diet). 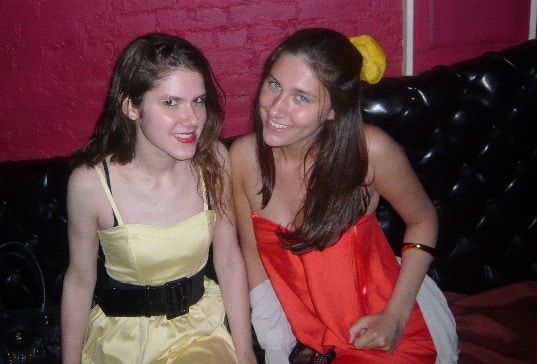 Like most events of this sort, the Make-a-Wish thing was attended by some people who had no intention of actually bidding on items or even giving donations at the door, which made me feel better about not bidding on items or even giving a donation at the door. That of course didn’t mean people weren’t in a giving mood, as I am sure a measure of funds was raised to help the young kids that this fine charity seeks to help, of course it does force one to wonder who the charities are really for…

That of course didn’t mean that funds weren’t raised for this charitable foundation. Tickets were by invitation only and sold online prior to the event, in addition to 100% donation of all silent auction items to Make-A-Wish Foundation of Metro NY. From what I was able to gather the event raised more money than the one thrown by The Real Housewives of New York.

I tried interviewing a fellow who looked like he might have been someone worth interviewing, but he didn’t seem to agree that he was worth interviewing, and I eventually came to agree with him. Later, I was somehow introduced to a fellow from Mexico City who works for the United Nations in the capacity of an economic analyst or some such thing; he gave me an impromptu but enjoyable lecture on how U.S. policy was either totally responsible or not to blame at all for the global financial crisis (I should take better notes), and I remember agreeing with him very strongly about whatever it was that he was saying. Then the two of us made an attempt to hit on a pair of young beauty pageant winners (they were wearing their sashes and everything, although I’ve forgotten what states they had won). Incredibly enough, they declined to sleep with us, but then again who’s to blame them.

As I must reiterate one does have to wonder why some individuals even attend charity events after all….is it to help raise funds or their status. With that being said, it was an honor to support and attend the Make-A-Wish Foundation of Metro NY event.