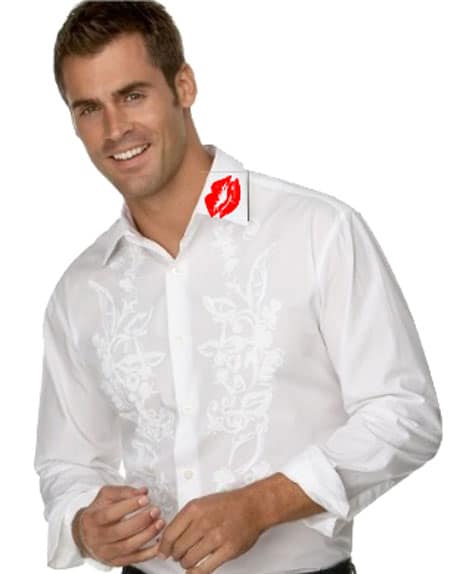 Let us initially dispense with the obvious. How you know he’s a player? Who even talks like that anymore? This article might as well be a sequel to my imaginary best-selling novel: How to get a PHAT boyfriend that is totally OFF THE HOOK. Or, my also-imaginary blockbuster breakup novel Grrrl You Too Fly for Him.

But, jokes aside, what else do you call a guy whose modus operandi is pretending he wants a relationship with someone when he really only wants to get in her pants? That’s a player, and you still need to know what to look out for no matter how outdated the slang.

First, my own story. Once upon a time I was supposed to go on a date with a man I met on an online dating site (stop judging). We sent a few messages back and forth and he seemed cool enough. I remember specifically though that he made fun of a picture I had up of me and my little brother in formal wear for one of January’s inaugural balls.

He said something like Nice picture, but it looks like you and your prom date aren’t having much fun. I’ll admit it, I thought this was great. Ha, that’s kind of funny and mean. Finally, here’s someone who will crack a joke instead of being nervously over-flattering. Classic mistake, I soon found out.

Because I’m not an idiot, before I met this guy in person I did a little googling to make sure he wasn’t a known serial killer. I quickly found out that he was a member of one of those ridiculous dating websites for men that give you tips on how to pick up women at bars, as well as how to say just the right things to get them to come home with you at the end of the night. This is pretty much the cheesiest shit imaginable. Except, of course, it was totally working on me.

If you’ve ever seen The Pick Up Artist on VH1, you already know what this is all about. These guys have a whole system full of mysterious codes and abbreviations designed to maximize their chances of getting ass. Their main crutch is called the neg. The idea is to say something half flattering, half insulting to throw the girl off and put her on the defensive. Classic example would be something like, Nice nails, are they real? Of course, this only works when the said nails are demonstrably acrylic, but the idea is to subtly make her think that maybe he’s not that impressed by her. Now she thinks it’s up to her to try to make him like her, and not the other way around.

At least, that’s the idea. And as my own story demonstrates, it kind of works. But I say there is more to it than that. First, let’s think a little about the kind of person who would ever sign up for a class or buy a book on how to hit on girls in the first place. Sure, you’re going to get a few backwards baseball cap wearing ex-frat boys who never learned how to converse without peppering their speech with copious use of the word “dude,” but I doubt that is the majority.

I imagine that these people are mostly normal, slightly awkward men who never figured out how to make the first move. For them, having a faux-scientific system to rely on may be all they need to show a little confidence, which, trust me, is what I’m really attracted to when a guy makes a half-mean joke.

So how do you recognize a real player? An informal survey yields the following true life warning signs:

– He’s pouring you wine, but pouring himself water.

– He doesn’t let you leave a contact case in his bathroom.

– Uses the words “females” or “associates.”

– Immediately after you sleep with him, you ask him if this is a one night stand. He says yes.

– His current girlfriend (surprise!) walks in while you’re still naked from sleeping together.

Luckily only one of the above warnings comes from personal experience (make your best guess…). And what happened with the internet guy I was supposed to meet? Well, I went out with him anyways. I had a nice enough time, I even made out with him a little. And now, believe it or not, we’re engaged. No, just kidding. I never saw him again.