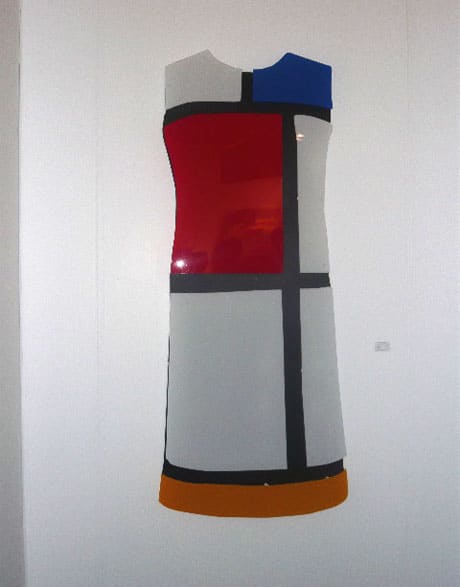 There is no universally acceptable definition of “affordable,” and thus I’m fine with the Affordable Art Fair’s self-description as such; Manhattan being what it is, there are plenty of collectors who can afford to throw down five grand for a wall hanging, and more power to ’em. Likewise, there is no universally acceptable definition of “art,” and thus I’m similarly okay with certain items being passed off as such. It’s no skin off my nose if someone wants to throw a picture frame around a ‘spork’ and pretend that they’ve challenged someone’s conventions. In fact, maybe they have challenged someone’s conventions.

Maybe someone built a time machine, abducted some 17th century Italian merchant-princes who have never before seen mundane subjects portrayed in an artistic medium, and forced them to walk around the Affordable Art Fair

for two hours, getting their conventions all challenged. “Oh my,” they’d say, but in Italian, “I can’t believe someone crafted a sculpture of a crumpled soda can out of marble. I have no idea what a soda can is, but I’m told it’s some sort of commonplace object and thus not a traditional subject of high art. Where we come from, art is almost entirely directed towards scenes from Greek mythology, so this totally blows our little minds.”

The marble Coke can in question was sculpted by artist Chris Milton, who wisely chose to depict the Coke as having been crushed, presumably because it would otherwise consist merely of a cylinder. It sat there on a table at the Tag Fine Arts booth next to a price tag indicating that this little piece of marble was going for $850. Naturally, I thought about stealing it, but then I didn’t want to take a fall and end up in the lockup with a story about how I was arrested at an art festival. Moreover, the sort of millionaires who buy stolen art for their underwater enclaves tend only to be interested in buying real art. 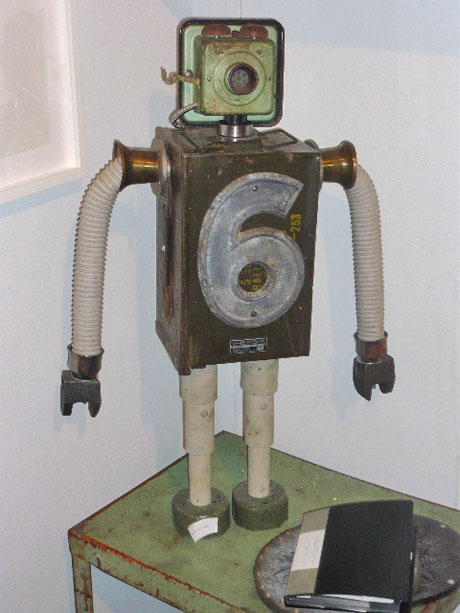 Walking around a bit more, I passed a painting of a naked man fighting a goose.

Eventually I came across a piece by Jeremy Wagner – rust, charcoal dust, and enamel on a steel panel, all adding up to a picture of a water tower. $2,400. “Death to America,” I thought for the first time in my life.

The Fraser Gallery of Bethesda, meanwhile, had apparently just given up on any pretense of artistic originality altogether and had instead resorted to displaying a dozen or so paintings of such things as Chinese food containers and Twinkies packages, these having been done by artist Michael Fitts, who oddly neglected to paint one of a Campbell’s Tomato Soup can. Oh, meow!