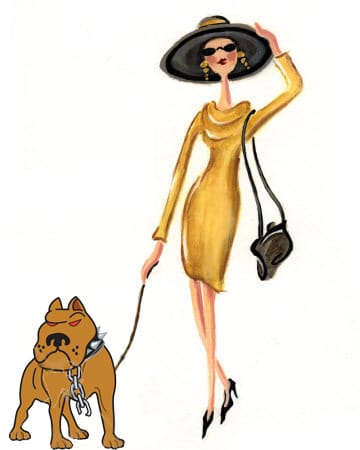 If one spends enough time in New York City one will come to find that one’s eventual ascension in society requires the discreet efforts of a clandestine publicist. It of course has come to the point where now publicists even stoke curry with their own publicists- such are the affairs of a particular set of society intent on sharing the limelight with both the demeanor and fastidiousness of an unfed pit bull terrier.

It usually starts like this, but is by no means held to this- young trophy girl of esteemed parents (or from time to time happy go crazy girl from some state other than NY who has no idea of what is awaiting her…) arrives on the front lawn of some discerning journal, fashion house or art club. What is said to garner the support of the upper echelons is usually mildly intriguing (school, varsity team, favorite celebrity, recent detox certification document) but often or not vast attention will be paid to her ability to annunciate certain syllables (‘I shall conf-er with our editor with a slight English lilt), look exceedingly presentable in flip flops and the ability to feign nonchalance when in fact all hell is breaking loose.

Once the intern is finally on board (a polite way of saying free help ) it will be incumbent upon her to make herself incredibly useful, buy a new pair of high heels, learn the etiquette of office politics, how to talk, hail a cab and sent sixteen text messages all at the same time and this while looking exceedingly flawless and not once ever giving away that she is secretly having a nervous breakdown. This of course whether she understands it or not at the time is why she has come to accept the humiliation of having a literary or anthropology degree and little or no pay. The pay, and there is plenty of it will come from her ability in the shortest and most efficient time to garner all collateral from her contacts that you have availed to her.

What then follows is a period where the intern, or shall we call her prima donna in training is slowly exposed to the clientele that begins to fall in her lap. If she is working for a fashion house she will in due course be exposed to the magazines that come to court the line (and of course vice to versa), the fashion buyers, designers and of course all the drinking and snorting that comes with the after life which invariably is in overdrive during the collections. It will be during this time the intern, or publicist in training will be of the opinion that she has every right to sit (and why not?) front row with her fellow editors and designers and if she feel likes it tell you she’s the one running the show.

If on the other hand the publicist in training is working for a magazine directly, especially one of those fashionable ones that society types like to read, like this one for instance she will after being made to work like a work horse come to believe that all the contacts, celebrities and subjects of the magazine are now all the personal effects of her cluttering closet. One should not be surprised to find out in due course that the publicist in question is either sleeping with said celebrity, editor or even photographer (yes sometimes she has to settle for what she can get…) in her pursuit for longevity, relevancy and exposure.

Once the publicist in training has been given her particular platform for which she will attempt to festoon her career to she will use as much cunning, wit, perfume as it takes to work out whom exactly in the big room she is now suddenly walking into matters.

One should never take this as a personal affront as a publicist in training is often motivated by her employer to seek useful contacts and exposure and more often than not her personal desire to seek personal dividends now that she has been given a gold card that until she arrived from ‘Who Knows Where, USA’ was denied to her but always available viz the sultry lives of actors in make believe plots called ‘Sex and the City.’

Now suddenly hanging out with the movers and shakers she is intent on cementing her role and believing that even though she is just the hired help, she has suddenly become just as useful and brilliant as the people in that room never mind most of them have spent a lifetime getting there not a semester.

The thing with society, just like once you start drinking gold flaked cognac is that once you start dealing with the scene, become part of the scene (even as a mere cog) you begin to believe that you are just as powerful, luscious and to be celebrated as the boys and girls who eventually do make it on the front cover (although we do wonder why people like Lindsay Lohan, disgraced actress and floozy get the type of attention that would make most publicists in training weep). This of course has become inevitable – in a tabloid celebrity culture, even publicists who were up to now the behind managers of the scene are now demanding that they get full front page billing. Why not? If Paris Hilton and a bunch of Teenage Idols can do it, why not a flawless and highly trained princess who knows how to magically turn up to every right event? After all in a culture where everyone can be famous and deserving of a Patrick Mcmullan photo op, why not a publicist in training, even she needs to get her name out there….never mind if it means stepping on certain people’s toes.

This all reminds this author of a certain story called the ‘prince and the pauper.’ In short the way the story goes is you once had a prince and a pauper who one day agreed to change places for a day, unfortunately when it came time to revert back to old titles the pauper wouldn’t hear of it, they were inclined to believe drinking and hanging out like a king had suddenly made them a king never mind the lack of lineage, talent or etiquette that goes in to such roles.

This is not to say the author doesn’t believe a young woman should be kept in her correct place, whatever correct means anymore, but rather any sense of proprietary can only be realized organically with humility, respect, oodles of talent and the aesthetics that eventually make one a real prince.

So next time you run into one of those society girls and she tells you she’s a publicist be either ready to feign immediate illness or judging by an innate quality on her part do your best to cozy up with her for she will inevitably bring you to the top, where she demands to be, assuming she can still multi text and effect from time to time a princely air…