FG: You could still see this kind of pride. It was something wonderful that had happened to them at one particular moment in their lives and they were I think still carrying that moment in their minds regardless how life turned out for them. But it was clear though they were not carrying that identity around, as I think as we get older we pass along other stations in life.

SCV: How did they like the photos you took of them?

FG: You know that’s interesting. I don’t think anyone was particularly thrilled.

FG: No, of course they loved the pictures, but I think it’s a bit jarring to see a picture of yourself wearing the same sash- ‘Miss. Subway’ you wore forty years ago and wearing it some thirty, forty years later.  ( editor’s note- Fiona would have all her subjects wear the same Ms. Subway sash years earlier for the photo shoot) think we all like to sometimes envision ourselves as the beauties we once were at a particular moment in life.

SCV: How were the original Miss. Subway’s photos taken?

SCV: And why are they all dressed wearing the sash’s they won way back then?

FG: First of all I made the sashes, there were never sashes in the original series. I think it was a way to tie all the strings together, to force a recollection and an awareness of where these girls had come from and where they were today. Some how it serves to make everything more poignant and immediate. It either emphasizes their happiness or in some way hints at their disconnect.

SCV: Looking at some of the winners I notice that there are few girls who come from minority backgrounds, which is interesting considering that you have African Americans, Latina’s, and Asian women only being coveted in media only since the mid 1980’s, ie- Vanessa Williams, an African American won Ms. America in 1986 and here we are celebrating alternative beauty in 1946.

FG: I also think there was pressure and degrees of lobbying back then to try and accurately reflect who the riders of the subway were, people who were for the most part members of the working class collective.

SCV: It seems to me that there is quite a fixation in our nation of beauty and youth and once you reach a particular age, especially for  a woman she is almost forgotten.

FG: Yes, it’s disconcerting, cause I think one can still find beauty, spirit no matter one’s age. It’s something I definitely wanted to capture, the way these girls still pride themselves, how they carry themselves. The attitude they still embodied.

SCV: Is there any particular Miss. Subway who still strikes you to mind?

FG: You know that’s interesting, I ‘ve become quite close with one or two of them, and we’ll get together for lunch, but I have to say I’m really fascinated by Ellen Sturm. She’s turned her diner- “Ellen’s Stardust diner’ into a kind of shrine. She has all these pictures of past winners and these singing waiters. In a way I think she’s still very much still connected to that part of her life.

SCV: Where does the project go from here?

FG: Well we (Amy Zimmer – the writer who interviewed the subjects) are hoping to get up to forty girls and release a book in time about the particular journey of these girls. We should be ready to be exhibiting for the Transit museum in the not too distant future, 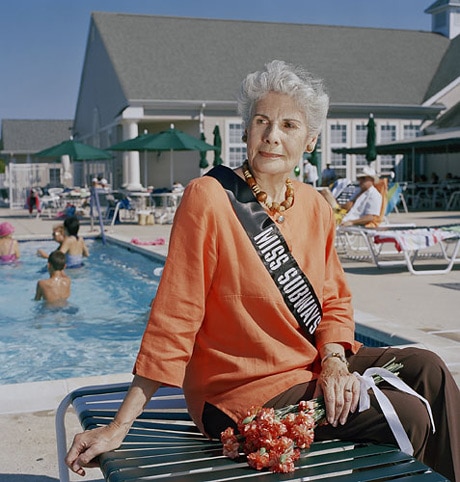 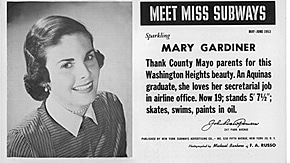