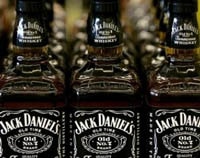 Mom always said “it’s important to show manners and even more important to be polite!”…. But the Kid’s nagging insisitence “why,” is our bubbling curiosity that pops the cork!?

At this trying time of doom that important issue has fermented to the fizz of $173,000. in the State of Pennsylvania. That’s what the state will spend on retraining and improving manners and etiquette of its State Licensed Liquor Store employees. Sadly, the segment of the population allocating a considerable proportion of funds that imbibes in spirits has apparently been treated a’float a Whisky River of rudeness and disrespect…. Amid brisk neglect and sour apathy the State Liquor employees in turn, themselves are being alerted to a rude and sober awakening.

Is this a wake up call from the Pennsylavnia Treasury to its bureaucrats? Realizing that since Pennsylvania’s great manufacturing hemmorhage of the last twenty years has retrofitted Penn staters as well as Americans at large into spirited alcoholotons–treating customers with kindness and respect has become a matter of economic priority. Flow of alcohol sales parallels respectable revenue pouring into the state coffers. And to avoid a biting PR hangover, Pennsylavnia will make sure clerks are warm and perky for a long time to come…

Furthermore, by sizing up the measure of our woes converted into liquor currency each citizen, like our fellow Pennsylvanians, could play a major role rebuilding the nation and the economy in the following stimulus expenditure weekly plan….

-Living down the pain of George Bush’s legacy—4 bottles of Mad Dog 20/20 & 2 cases of Heineken for the nexr four years even under Obama!

-Resuscitating the Real Estate sector—2 bottles of Jack Daniels; 24 case of Budweizer over the next 24 months

-Rehabilitating General Motors—Sex on Daytona Beach with ethanol…for the little engine that could but that is no longer able…Keep on chugging indefinetely!

We all got work to do but not to be nice…leaves us shaken and stirred.