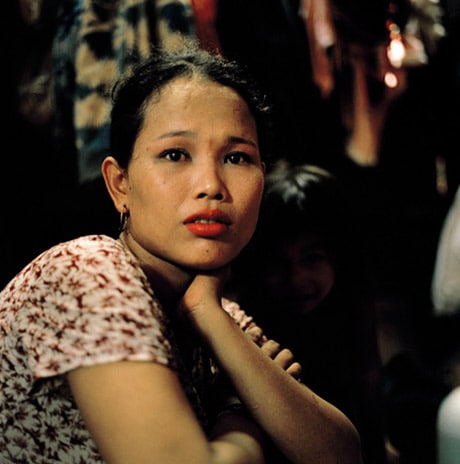 In most parts of the world a woman is free. Free to express herself, be aware of herself, free to become who she needs to be. That all changes when you venture to the third world when all a woman is a by product of man’s sexual predatory desires. What will change more is when you read this article and suddenly become aware of the way we conduct ourselves. Jennifer Macfarlane points the camera in your face too.

To look at Ms. Macfarlane’s desolate girls is to look into a culture that has gone astray and complicit in the mutilation of women’s rights. To look at Ms. Macfarlane’s girls is to look into that part of oneself that is held hostage, tormented and abused, except this time the tormentors are the ones holding these girls against their will and exposing them to unspeakable degradation. Unspeakable until now that is, but you know the saying ‘sometimes a picture is worth a million words.’ That said we offer you a thousand million words… 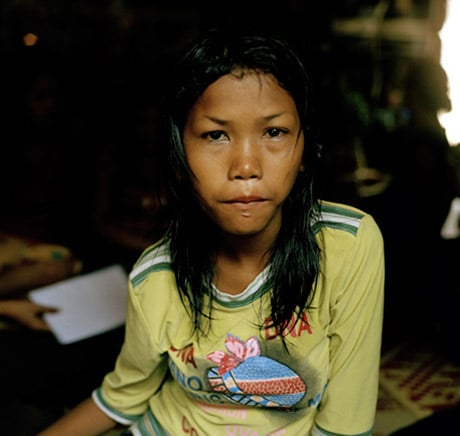 In 2006, Ms.Macfarlane accompanied Marriane Pearl (widow of American reporter Daniel Pearl who was executed by Islamists terrorists because of his probing investigations) on assignment for Glamour magazine to record the abuse, neglect and disregard of women and girls in Cambodia. What they also did was document the journey of a woman called Somaly, an ex child prostitute herself who managed to escape the horrors of her plight and at the age of 39 after absence had returned to come and save girls once like her still left behind.

SCV: How did you and Mrs. Pearl gain access into these brothels?

JM: You have to appreciate to go these places is very dangerous and not for the faint of heart. To get permission to shoot these girls required us approaching the social service agencies who provide bare necessities for these girls, like condoms for example.

SCV: They didn’t try to stop you?

JM: No, you have to appreciate that the pimps really don’t care. As long as the social services girls come back with provisions for the girls that’s fine otherwise they just don’t care.