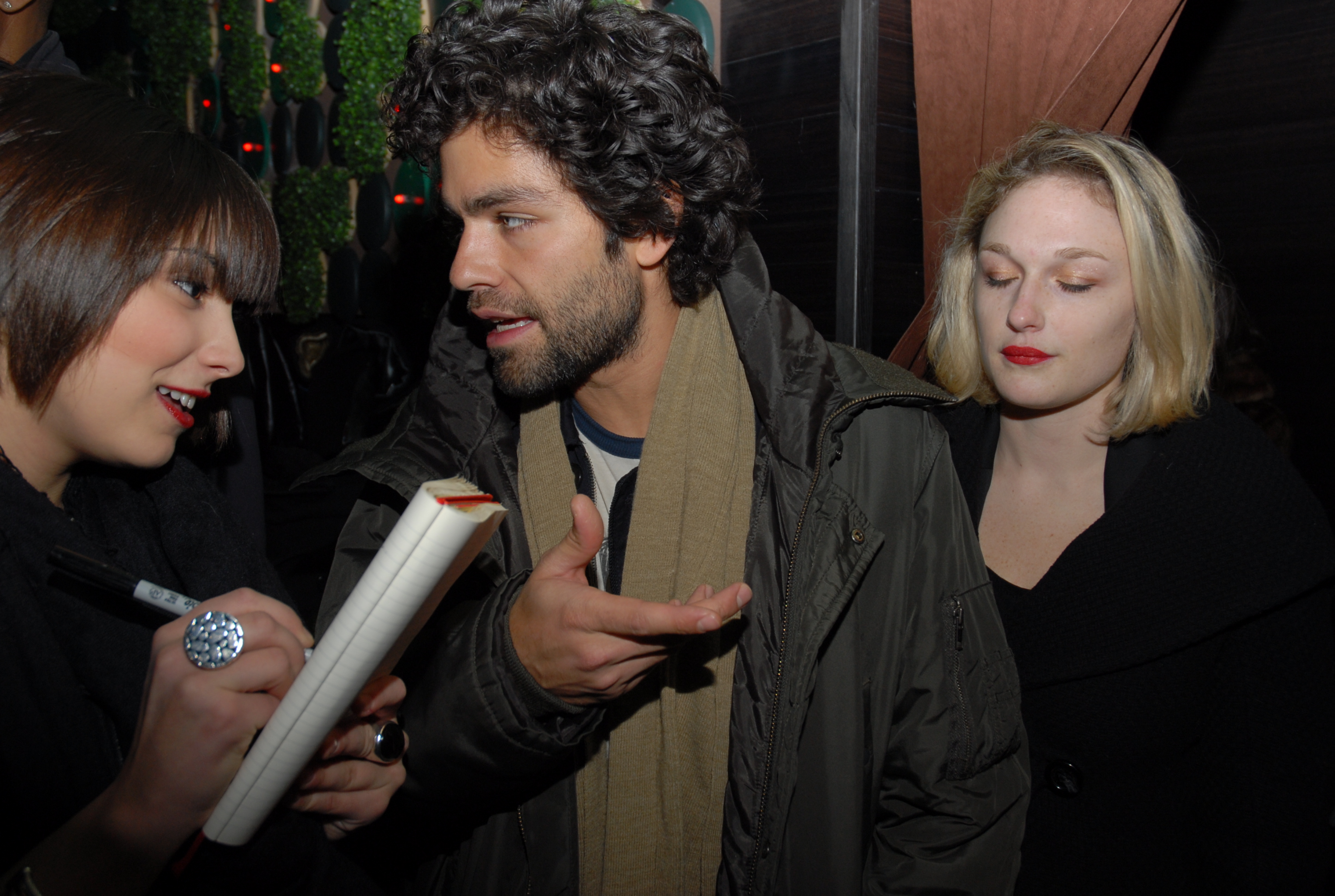 Is going green a sham? Saving the environment is quite the noble sentiment, but with all the faddish vegan diets, eco-friendly couture and designer hemp grocery bags, I have to wonder if “green” is nothing more than our decade’s version of heroin chic.

This was the question I hoped to answer during Thursday’s organic-themed cocktail reception for New York City’s Television Industry. Held at Greenhouse, New York’s first eco-friendly nightclub, the party was packed with a perplexing breed of urban tree-huggers. Clad in Stella McCartney and Marc Jacobs, the earthy guests swayed to Simian Mobile Disco and MGMT while indulging in the open bar’s organic beer. Master of ceremonies were the magnificent ‘Way over Budget Productions’ courtesy of Poull Brien.

Observing from our designated VIP location, $13 organic vodka soda in hand (I would have preferred to poison myself with a standard toxic martini but one must make difficult sacrifices when drinking to save Mother Earth), I spotted my first member of the Green Elite: the ruggedly handsome Adrian Grenier. Judging by his shaggy hair and bohemian ensemble, I assumed that the Entourage star, like all good celebrities, would be a steadfast advocate of the green initiative.

“Adrian, would you consider yourself to be very green?”

“Do you think the green trend is a total sham?”

Surprised by my shameless skepticism, Grenier went on to assert his unwavering endorsement of all things green.

“I support people who are making an effort…But, you know, there are haters out there. And it’s no good to be a hater.”

Subtle yet poignant, I couldn’t help but think that Mr. Grenier’s closing comment suggested that I was, in fact, a hater; a social-eco-terrorist who was polluting the pure atmosphere of this environmentally friendly celebration with my noxious negativity.

Nevertheless, I was inspired by the star’s seemingly strong organic convictions and set out to find some proof that the green initiative is more than a mass marketing scheme. I found it in a character named Rowell. With a razor-sharp Mohawk and a look that mixed the raw punk of Sid Vicious with the suave style of Justin Timberlake, he dispelled my belief that the only thing green about Greenhouse was its moss-covered walls. Come to find out, the innovative downtown hotspot is constructed of recycled materials, exclusively serves organic alcohol and, of course, recycles each empty beer and liquor bottle. Maybe there’s something to be said for the green fad after all.

But Greenhouse wasn’t the only pro-active force of the event. Marque Marque, a five-time Emmy Award winning hairstylist and larger-than-life eco-eccentric, makes PETA proud and preserves the animal kingdom with his plush faux fur (or as he calls it, “fun fur”) coat. I also encountered a concerned German journalist who informed me about the disgustingly wasteful methods of American food packaging. No surprise, he believes we should adopt the far superior, far greener German method.

On my way back to the bar where I intended to digest the evening’s vegan feast of eco-babble with another environmentally friendly cocktail, I found myself gawking at a vaguely familiar face. I recognized the angled jaw, high cheekbones and decidedly bad-boy demeanor, but from where? Had I seen him on the street? On TV, perhaps? I could not place him in my memory so I resolved to commit the most wonderful journalistic faux pas:

“Excuse me, are you someone.”

“You look familiar. You may be no one but I have a feeling you’re someone.”

“Just who you are, please.”

For all intensive purposes, the chiseled passer-by who finally revealed that he was Perry Ullmann of Bravo’s reality series, Make Me A Super Model, was someone. Was he a green someone? Mildly, however he was far more invested in the apparently up-and-coming trend of “going blue.”

According to Perry’s in-depth analysis of the American workforce and economic trends, the “green” phenomenon will inevitably force blue-collar workers out of their filthy, inefficient factory jobs, thus triggering a mass wave of middleclass unemployment. I’d be interested to see the stats and studies that support the almost-supermodel’s theory, but I don’t feel there is an imminent need for concern, because even if Perry’s prediction comes true, the unemployed victims of eco-mania will always be able to find jobs selling tofu at Whole Foods.