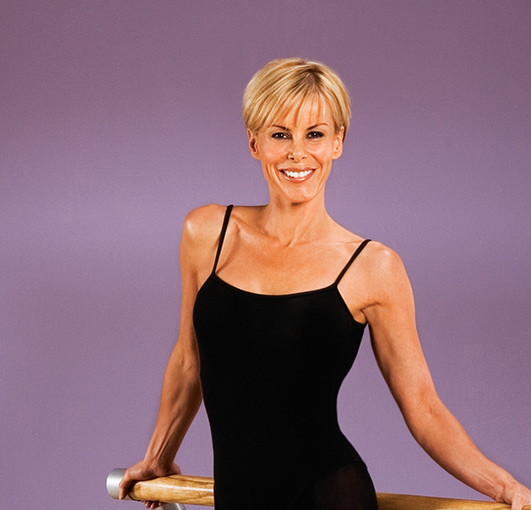 What’s in beauty? What’s in vanity, and when is it okay to be the rock star in bed and should one wear make up while exercising? When does a woman reach her prime, and what exactly does that mean? Lauren Goldstein talks to fitness and Tv personality Michelle Austin. –Scallywag.

On a recent night out at Bungalow 8 schmoozing and boozing with the Scallywag crew, I bumped into the impossibly fit Michelle Austin. Former VH1 host turned Donny Deutche’s “Next Big Idea” appearing fitness guru (with her own video), I’ve been taking Michelle Austin’s…

Fluidity class for years. Neither one of us is known for holding back, so you can imagine the candor of the conversation when the both of us had been kicking back.. um.. a few.

Michelle: You’re not at all like I imagined you.

Michelle: You’re just so hard core in my class. I thought you were a corporate attorney or something. But you’re a bohemian babe.

Laughing at the preposterousness of her misconstrued ideas of my ill-fated misery, I reveled in this tidbit as Michelle and I had always had a bit of a rivalry. You see, she wanted to watch my pelvis and I wanted to watch myself in the mirror. This may be unclear: suffice to say the program she owns and teaches on Saturdays requires that I stand diagonally so she can see my tilt. But I narcissistically wanted to stand face forward so I could see the mirror. After threatening to kick me out of her class, I obliged. Afterall, any girl who knows, knows. The fastest way to heaven’s with an ass sculpted by her class.

Michelle: Laughs.. They better be I’m wearing one in my video!

SCV: How bout thong ones?

Michelle: I would say that that would be pushing it.

SCV: Does looking hot and slinky weaken a woman past a particular age?

(While Michelle is built like a Dallas Cowboy Cheerleader, she’s actually in her “very” early 40’s)

Michelle: This is the thing, I’m the first to celebrate Madonna’s face lift because she looks phenomenal and I’d like to know her doctor’s name. I really celebrate individuality and I think that every woman has to judge for herself. Some women think aging gracefully is never getting a shot of botox. Some women don’t get wrinkles because they do get botox. It’s really an individual choice.

SCV: Is a woman’s value in society diminished if she’s no longer perceived hot?

Michelle: Society definitely perceives youth and beauty with a tremendous amount of value. And you know, I would say that it has everything to do with sexuality and it’s an innate thing that we have, we’re all drawn to beauty and if you’re not maybe you just don’t have a libido or you’re dead or something. Beauty’s not enough. But to say it’s not alluring would be bullshit.

SCV: How often do you work out?

Michelle: Not nearly as much as people think. Fluidity covers it all. I teach Fluidity 3 times a week and if I’m lucky I’ll get in a swim and then 2 or 3 times I do some cardiovascular.

SCV: What happens if you don’t work out?

Michelle: I get fat, like everybody else. But really. I’m consistent. I never have stopped working out for 2 or 3 months and gained 20 pounds. I enjoy working out. Some people find it to be torturous, I find that moving my body is a form of pleasure. How can you feel sexy if you’re not in shape, and shit, I don’t care what age you are, why would you not want to feel sexy!

SCV: Why is your body so important to you?

Michelle: Maybe I have a higher sex drive than most women, but I would definitely say that I stay in shape first and foremost to stay sexy.

(But the recorder stopped so we asked her again)

Michelle: The most important thing to me is not to have any aches and pains. I know it sounds crazy but when you’re not 25 anymore you have to think about alignment. I don’t want to feel it in my bones and I don’t because of fluidity. And then secondly, and it ties for first, I want to be hot! I don’t care! I want to be a size 0, I want to be beautiful, I want guys to look at me and be, Ouch! I want that I mean why is that so bad? I mean I want that!

(Maybe we’ve just been hanging around the ironic kids too long, but this level of honesty is oh so refreshing.)

SCV: What have you sacrificed for its upkeep?

Michelle: You know, social. You can’t run a rather large company and then fit in a workout and then still be social with your friends, I have to sacrifice my social life more than I would like to.

SCV: Do you ever think you’d like to stop fighting it into place?

Michelle: Do I ever think what?

(We’re not sure if she’s baffled at the thought or just doesn’t understand the question, or perhaps the truth is baffled that I have dared to ask her this question…)

SCV: If fluidity is molding it and sculpting it into the perfect shape, do you ever think you’d like to stop fighting your body to keep it there?

Michelle: No. I’ll never let it go. I think of working out as empowerment. Most of the girls don’t even know how to rotate their pelvis when they walk in the door, so a) who’s having sex and if they’re having sex it’s pretty bad sex and b) it’s control over their body. It’s crazy how out of control these women are. So am I going to give up control over looking good and feeling good and feeling sexual and alive? No! I’ll never give that up.

(Yes, thank you, for asking, after some resistance she did fix our pelvis)

SCV: Would you rather be fat or happy?

Michelle: Well definitely happy, duh. Fat or happy? Is that the question? I’d rather be happy than fat. Wait. This question doesn’t make sense.

Michelle: Definitely smart. You can’t sacrifice your brain. I’m not fixated on skinny. I’m fixated on the beauty of movement, the beauty of aligment, and oops, I look good too. That comes from being healthy. I’m into health because that shit makes me happy.

SCV: What would happen to your sense of self if your body fell apart?

Michelle: That’s an interesting question. I would probably have a very difficult time. I mean, if that happened I’m sure I would be on my death bed to be honest with you because I can’t imagine that happening otherwise.

SCV: What are your thoughts on body modification surgeries?

Michelle: Look I empower women. I don’t judge them.

SCV: Would you date a chubby guy?

Michelle: I have and it’s been very uneventful. I don’t admire men who don’t stay in shape because it’s a form of discipline that I have and if they don’t have it there’s a bit of a disconnect. If a guy’s sitting on the couch I kind of disrespect it. And by the way I can’t be the rock star in bed. If they’re chubby? That’s just killing it for me. Why would I torture myself?

SCV: Has a relationship ever gotten in the way of your fitness regime?

Michelle: I don’t have a problem, well, I want women, to have a tremendous sense of self worth. It’s when women get insecure that it bothers me. When somebody’s a beautiful girl and she knows it and she has confidence I always admire that. I think vanity is probably insecurity, coupled with arrogance. It’s a weird cocktail. We all know it, I don’t even know if I can describe it. If a girl’s beautiful and she knows it I say own it honey. But if she’s insecure and then on top of it, arrogant? I want to have them put down.

SCV: Is there a make up brand that doesn’t coagulate during a work out?

Michelle: Wait are you talking about, allover face makeup? I don’t wear it. The face needs to breathe. When I do my videos I obviously wear a ton of makeup, but I hate it.

SCV: That would be vanity.

Michelle: Oh yeah. I would say that when women get too preoccupied with beauty I would say it’s stupid. Because beauty is innate, and it’s about your sexuality. When you’re preoccupied you’re a fucking moron. Not everyone’s gonna buy your Cool Aid. And that’s ok. As long as you like your Cool Aid.

It’s hard to reduce one’s self to only one thing: Coporate Attorney, Bohemian babe, Freelance Writer, Fitness Slave… But how easy is it to reduce someone else… We won’t tell you what we once thought of Michelle (although after the pelvis story you can probably figure that out) but never the matter, Michelle, you too are way more dimensional than we thought. We can’t wait for the on-the record interview about about your off-the-record love life.