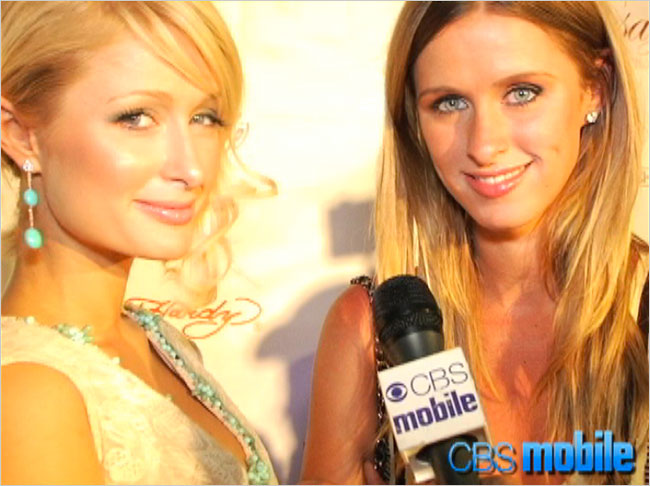 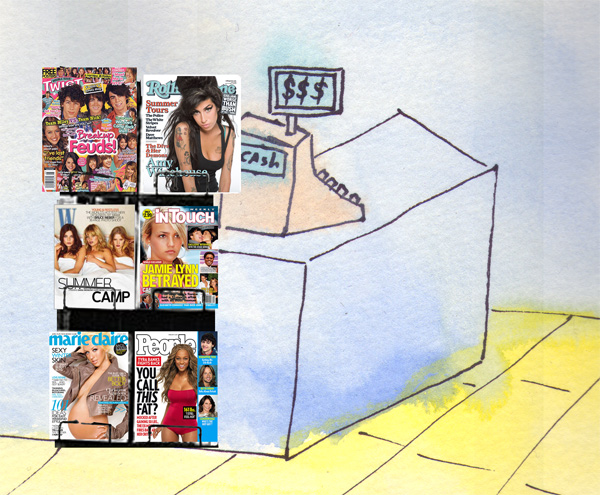 You’ll be amazed if you really take a good look at what’s patrolling your supermarket these days. In fact you’ll even be more flabbergasted when you realize who’s not only patrolling your prime Tv but also your graveyard shift on cable. Thank fully it’s all not an accident but a calculated affair to make you feel miserable and loved, gullible and valuable, clever and neurotic, valiant but pathetic and of course in the know but essentially very poor. After all in a country where driving with your panties off whilst on amphetamines or flexing your six packs at four am in the morning it’s good to know that everyone has a chance of making it as a celebrity or at the very least wishing they were one.

What used to make an American an American was his servitude to his country, the flag, the patriotic oath to duty and the nationalistic pride one would occasionally have every time a war was declared, a terrorist bomb went off, that or at least a clever jingle. But as supermarket and television executives (amongst other industries too, especially the finance industry these days where stealing and corruption are the sure way to become a hit in your living room) have begun to finesse the notion of marketability and familiarity, the new symbol of Americana has now become your instant recognition and fond regard for full haired botoxed treated TV icons.

Of course nothing’s ever said between you and these celebrities but just heavily suggested and that is essentially the catch. So whilst waiting in the grocery line you can a have a very private telepathic discussion with gurus like OPRAH, 1/ how I lost 48 pounds but put 64 pounds back on while eating popcorn soaked in butter, or 2/ Why TOM CRUISE still loves you even if he doesn’t really like you and other mad caper adventure titles; How I lost my virginity but reclaimed it the day I met Todd, or How MARCIA BRADY sucked cock, sniffed coke but is never the less glad the re runs are no where near ever being over.

It’s a wonderful conversation they’re having with us, they’re like pimps in mouseketeer outfits trying to seduce us outside VANITY HIGH. “Hey, my name is Loveable and cute, if you promise to consume your life with mine I promise to make you less bored and me a lot richer, either way do you wanna get a popsicle?”

You may argue that this also sounds like a slighted version of a prostitution racket. Well that’s because that’s what the world of celebrity is really about. You pay through the nose for a sleazy, not too many questions asked session at four am in the morning until you finally get your rocks off, roll up your pants (or skirt) and then slide back in the bed called your life you’re wishing desperately to replace (with the hookers, no less). You’ll feel satiated for a while until you decide to wake up the next morning and decide to face that person in front of the mirror the next morning or not.

The rise of the celebrity is an auspicious one. It began in earnest with the titans of the industrial revolution back in the 1870’s, think steel baron and philanthropist Andrew Carnegie, financier JP Morgan and his elk, dandies like Oscar Wilde and mavericks like Marcel Duchamp, Jeean Genet, Andre Breton who rose to prominence not so much because of the way they looked and behaved (but that certainly caught people’s attention back then) but more because of what they did for society. It was these gentrified and well heeled patrons of society that inspired wonder, economic endowment and a greater sensibility.

From there we went to the Jazz era of the 1920’s, with wit and aplomb of the silent cinema, think Charlie Chaplin, the producers Marcus Loew, Louis Mayer of Metro Goldwyn Mayer, and the consequent stars that they begin to bill and push into the collective American conscious; Buster Keaton, Greta Garbo, Joan Crawford.
These were the people we began to live vicariously through, as it has always been a human desire to live vicariously through pagans, pharaohs, gold statues of bulls, sun Gods and the messiahs and prophets that came along. Why? Perhaps as a way to make sense of the unknown, and the unpredictable, and that which disturbed us. Disturbed us until it was all put into a proper context so we could then begin to make sense of the world and ourselves, at least until the movie we were watching finished.

From there we were introduced to the Rat Pack and their smooth audacious behavior, the sullen libido of an Elvis Presley and the perceived outlandish behavior that began to be associated with people talented and as reckless like him. Reckless to get themselves killed at the height of their career- James Dean, Marilyn Monroe and the ones we’re currently paying attention to wondering when they’ll finally get there themselves- think Amy Winehouse, Anna Nicole Smith, (of course she did die, and ironically in Hollywood, Florida that is …oh well).

It’s a fascination that will never go away, and we are always willing to be titillated by their gestures, bad moods, pranks and yet rush to buy their newest album, movie or ab cruncher machine. How could we not? It’s like buying a piece of American memorabilia and we know that, but so do they. Well they really being their handlers and agents, and the Fox Studios and the Ted Turner Time Warner American sin them and spend them turbo machine.

We can’t help ourselves, we’ll always be curious about those of us who are living this supposed glorious and glamorous life, and in contrast to many of our pedantic and idle life a sprig of perceived relief will always be self administered and preferred.

Does it matter that our current crop of celebrities are not really endearing us with economic endowment and cerebral acumen, it used to, but not now, just getting off with out having to actually go through the motions has become a preferred and sexier haven.

So next time you see Chuck Norris breathing hard whilst on that ab machine or Cindy Crawford in her leotards just remember they’re not doing it because they one day decided that’s what they should be doing but because they knew you were waiting for them to do it. It’s like a well heeled madam of the night, she’s not sitting in some dingy room waiting for you but in an opulent boudoir because she knows that’s where you would prefer to find her. And thankfully you have, but because they love you so much they’re now also waiting for you on your portable cell phone for that three times a day update, supermarket line and that place called the dread of night- four am in the morning in front of your TV in their leotards, no ….make that your leotards