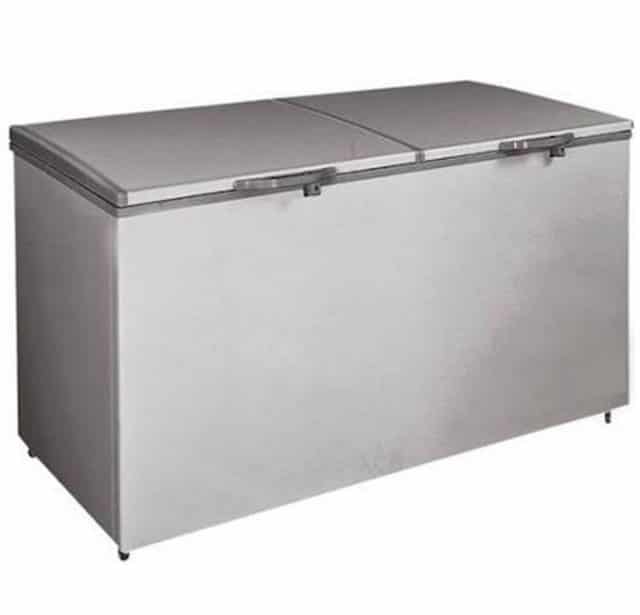 German mother Steffi Schmidt is convicted of manslaughter and sentenced to 9.5 years jail after admitting suffocating her newborn babies and placing them in a deep freezer.

Steffi Schmidt a 46 year old German woman has been sentenced to nine and a half years jail after killing her two newborn babies and stuffing them into a deep freezer for up to ten to fourteen years after complaining she was too busy to take care of the infants.

Local media reported that at least one of the two babies was still alive when the then mother put it into the deep freezer.

Appearing at a court in Halle, East Germany the mother said, ‘What I did is serious. I have to be punished for it.’

During trial procedures, the mother blamed being ‘overworked’ for the willful murder of her two babies.

She kept the bodies because she could not bear the thought of being separated from them.

DW reported both children being born healthy, one in 2004 and the other in 2008. Autopsy reports showed that the two babies died from a lack of oxygen.

Police raided her home in the small village of Benndorf in January after her then new partner notified police. The man conceded discovering one of the two bodies in April 2017, before waiting a further nine months to notify authorities.

The court heard that the defendant disguised her pregnancy from the world in 2004, giving birth to a healthy girl in her bathtub.

Following childbirth, Schmidt told the court how she then placed the newborn into a plastic bag and then into the deep freezer.

An autopsy showed that the baby was still alive and expired from hypothermia. Four years later she gave birth to a baby boy who she also killed at birth reported the dailymail via the same procedure.

The prosecution had requested a 10-year sentence for the woman following her manslaughter conviction, while the defense had asked for six years.

The court decided to sentence Schmidt to nine-and-a-half year prison after a submitted psychological report showed she had no mental disorders.

It remained unclear why Schmidt didn’t elect to place the newborns with government services or why for that matter she elected to continue her pregnancy upon becoming pregnant once again in 2008.

Of note the woman has two older children.

During testimony, AP reported the woman’s lawyers saying Schmidt had faced pressure from her then-partner, who didn’t want more children beyond the two the already had. The former partner, who is accused of knowing about at least one of the frozen bodies, is also under investigation.