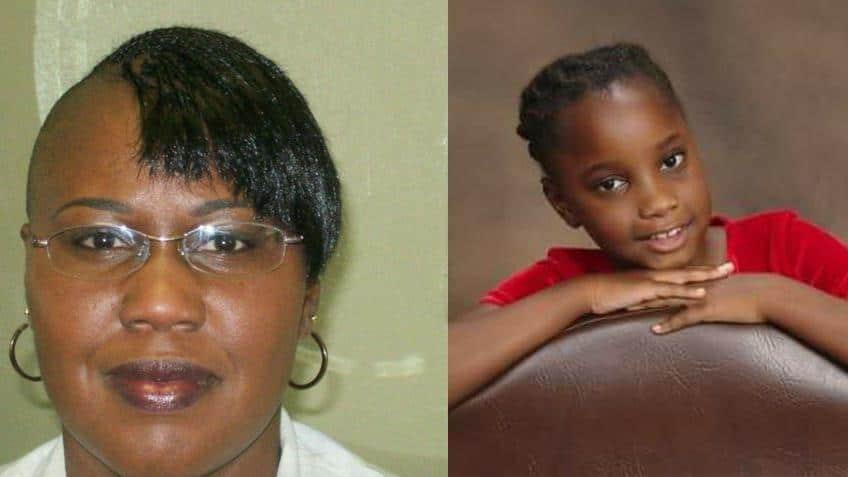 Ericka Joseph an ex army vet kills herself and her nine year old daughter Akili Joseph as the child’s father was set to return overseas with their daughter.

Ericka Joseph an ex army vet has allegedly killed herself and her 9 year old daughter in an apparent murder suicide.

It is thought the mother feared returning her daughter Akili to the girl’s father in Colombia who had legal custody rights of their child.

The murder suicide notes a report via WSVN came as the daughter, Akili Joseph was due to fly back to Bogota with her father, Joseph’s ex husband.

At the time of the murder suicide, the father was in Ft Lauderdale, where the evening before he had eaten dinner with his daughter.

A few short hours later, instead of his Akili sitting in a plane alongside her father heading back to Colombia, she was dead.

It was while arriving at his ex wife’s house in the early morning hours that the the father became alarmed after no one answered the door.

A report via CBS Local tells of the father contacting a family member who then discovered mother and daughter dead in the bedroom.

It later emerged that neighbors observed the mother close the hurricane shutters late at night despite no storm warnings. It is thought the act was done in a bid to muffle ‘unusual’ noises coming from the home told authorities.

Officials are not currently searching for a suspect.

In the aftermath of the tragedy, family members told via local10 that they couldn’t think of any waring signs as Joseph ‘appeared’ to be transitioning from her military life to civilian life well.

Told the dead woman’s brother, Tony Williams: ‘It’s a rough transition, but she was coping with that very well, we thought.’

Adding: ‘She might have been battling something that was unknown to the family at this time, which now caused a great tragedy.’

Both Joseph and her ex-husband were retired Marines, Williams said, and had a good relationship. They both shared custody of Akili.

Williams said Akili loved to play soccer and would have turned 10 years old in April.

The investigation continues as the cause of death remains unknown.