The video (see below) shows the 35 year old Los Angeles police officer delivering a powerful kick near the head of suspect, Clinton Alford Jr as he lies facedown in the middle of the street. The strewn man appears to have surrendered, yet to no avail.

The October, 2014 video comes via a court order after the LAPD said the video was an investigative record previously exempt from disclosure under the California Public Records Act.

Disturbing video footage shows over the course of ten seconds, the 35-year-old officer, Richard Garcia with over a decade experience kneeing Clinton Alford in the back, elbowing him along with punching him in the head.

Other officers involved in the arrest of Clinton Alford Jr., stand up and move away as LAPD Officer Richard Garcia appears to take charge. Not one of the officers thinks to say or react to what appears to be heavy handed behavior of the cop. Perhaps a reaction of having seen this all before, apathy, or the learned attitude that ‘criminals’ deserve what they get, especially African Americans who continue to break the law ….

At one point another officer returns and kicks Alford’s legs to push them apart before appearing to stand on his ankles.

Garcia presses his knee into Alford’s back for more than two minutes, relenting only when other officers help pick up the handcuffed man and drag him away.

While LAPD Chief Charlie Beck publicly condemned the use of force, the chief sought to keep the video under wraps citing disciplinary actions against Garcia.

In a controversial plea deal finalized in May, Officer Richard Garcia was charged with felony assault.

Under the deal, Garcia pleaded no contest to misdemeanor assault and was spared jail time. At the time, the police officer had been looking up to three years in prison if convicted of felony assault.

A report via ktla tells of the cop being given probation, community service and told to stay away from Alford and donate $500 to charity.

Defending his actions, LAPD Officer Richard Garcia, claimed he kicked Alford in the shoulder and used further force to help control a suspect who ‘appeared’ to be resisting police. 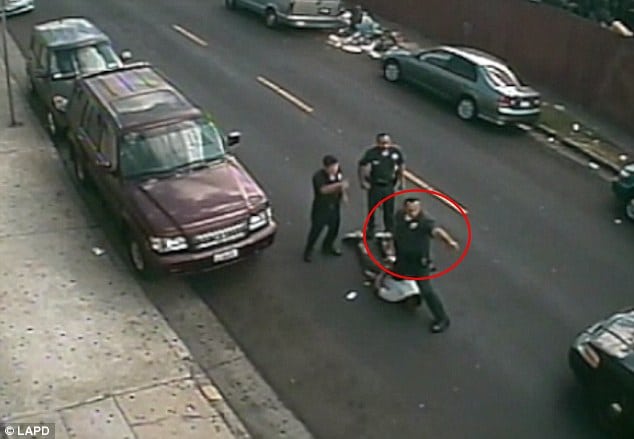 At a preliminary hearing last year, one of Garcia’s lawyers argued that Alford had a hand under his body when Garcia approached him and still posed a threat.

‘From the get-go, Mr. Alford — you can see in the video — does not threaten the officers in any way, shape or form,’ said Deputy Dist. Atty. Oscar Plascencia.

The video according to the nydailynews was recovered from a surveillance system at a nearby factory.

A woman who watched the incident unfold on a monitor inside the factory that day previously testified that she was disturbed by the encounter.

Offered Citlali Alvarado: ‘I didn’t think it was a proper action,’

‘The victim was already held down.’

She said officers who visited the factory after the incident ‘laughed’ as they reviewed the footage in her presence.

She said yet another officer visited at a later time, asked to see the footage and recorded the playback on his cellphone.

That officer was Garcia, she testified. 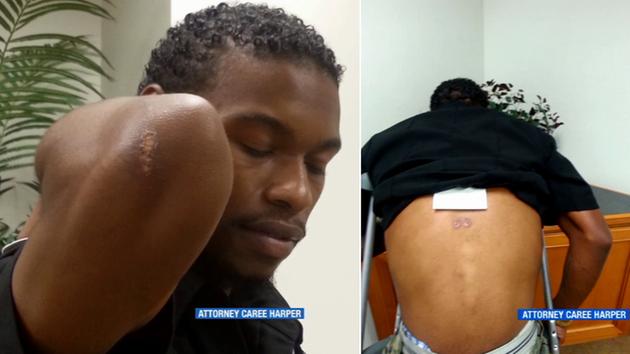 Under fire for striking a deal that many considered too lenient, District Attorney Jackie Lacey argued the video ‘doesn’t tell the whole story sometimes.’

She declined to say whether criminal charges pending against Alford played a role in her decision to avoid trial.

At the time Clinton Alford Jr faced charges including pimping, rape and assault with a deadly weapon.

The 24-year-old has pleaded not guilty and remains in custody.

Alford previously told The Times he was riding his bicycle the day of Garcia’s assault when a man pulled up in a vehicle and ordered him to stop.

Someone grabbed the back of his bicycle, he said, so he jumped off and ran.

Beck has said his officers pursued Alford at the request of a detective who was looking for robbery suspects in the area, The Times reported.

Officer Richard Garcia now awaits a Board of Rights hearing within the department to determine his professional fate. 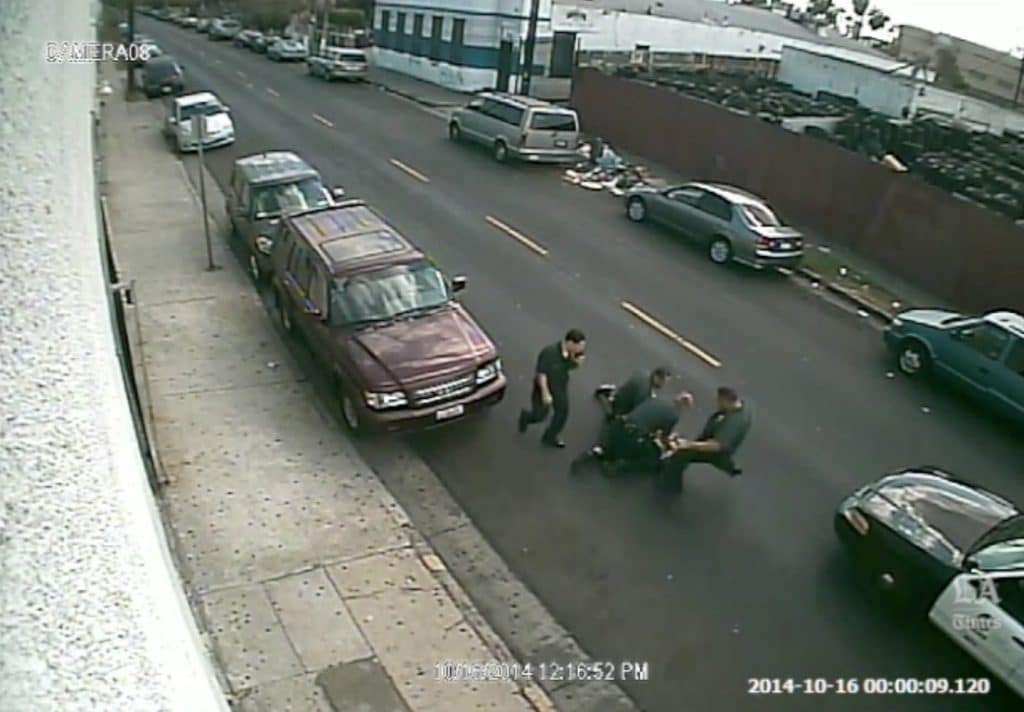 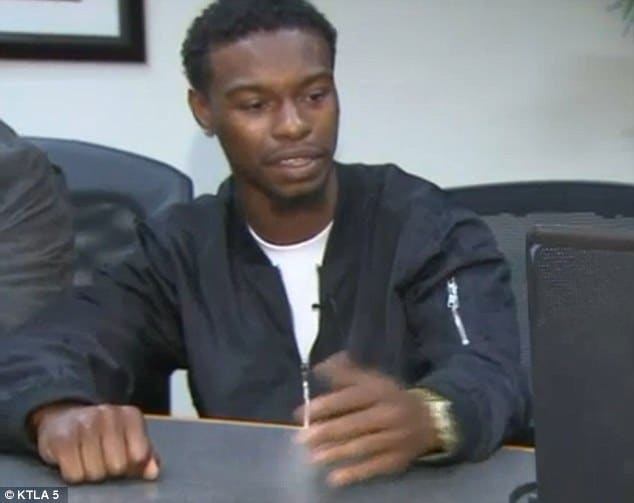