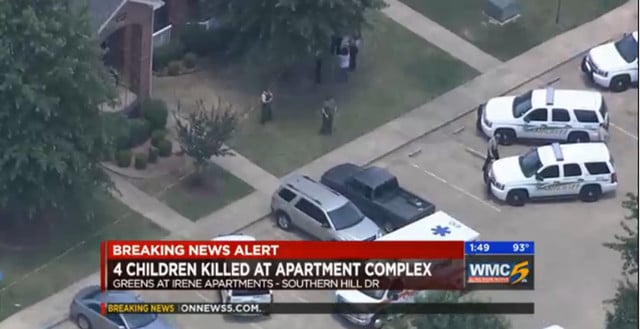 A Shelby County, Memphis, Tennessee mother is in custody after fatally stabbing her four children, under the age of six, Friday afternoon.

To date the mother is the only suspect.

Photos: Why did Shanynthia Gardner stab her four children to death?

Responding to the carnage, Shelby County Sheriff Bill Oldham called the children’s deaths ‘a tragic scene that has shocked us to our core. I will never understand how anyone would do that.’

Adding: ‘We are going to offer condolences and prayers to the family. This community needs prayer.’

The officer told of authorities receiving a call over the stabbings just on 1pm.

Earle Farrell, the Sheriff’s spokesman, said the department didn’t plan to release the suspect’s name until next of kin were informed.

‘I’ve seen a lot of bad stuff in 33 years, but this is the worst,’ said Mark Dunbar, assistant chief deputy according to a report via commercialappeal.

A report via newschannel1o told of the children’s father being held at the scene by law enforcement, although officials said he was not in the home at the time the children were stabbed. Family members said the couple had recently married.

Of note, the Department of Children’s Services confirmed it had no previous history with the family.

Responding to the mayhem, County Commissioner Mark Billingsley said he didn’t know what led to the killings, but said the government should invest in mental health treatment.

Told the Commissioner: ‘A gigantic percentage of people who are incarcerated today have mental health issues.’

He also said the sheriff has reached out to the child advocacy center and said that, in general, people should look out for neighbors in crisis.

Reiterating: ‘It takes all of us paying attention to our neighbors.’

Offered Frederick Smith, Pastor at New Life Holiness Church via wreg: ‘I am simply heart-broken. My wife and I work with kids everyday and I can’t imagine a mother or anyone harming their own child and this is right in our community right down the street from where we teach and train kids everyday. This is devastating to know something like this can happen.’ 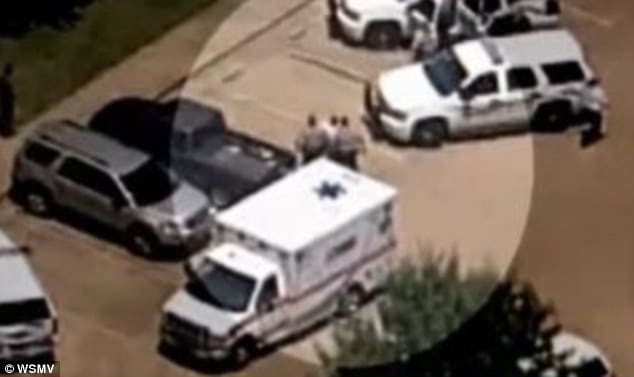 Offered neighbor, Trisha Johnson: ‘I can’t imagine what those babies do to make you do that,’

Not necessarily understood is if there had been previous altercations or visits from authorities at the address? Or whether the mother had any mental health history issues?

Dr. Joel Reisman, Psychiatrist with the University of Tennessee Medical Center, said the murder of children by a mother to this extent is a rare occurrence.

‘This is something that is very rare,‘ Dr. Reisman said. ‘When it does occur, you hear about it on the news. The majority of the time when this occurs it is with a mother who has a form of mental illness.’

Adding: ‘As far as there being signs, I’m not questioning whether the family saw signs, but the issue would be whether they recognized it or not,’

‘This would be a severe depression.’

Dr. Reisman stressed that mental health resources are limited in Memphis, saying he recommended going to the ER if there was a mental health emergency.

No further details have been made available as the investigation continues.