Two Albany University black students expelled: What led to three Suny Albany students playing the race card and claiming hate crime against them? A question of privilege or lack of?

Two State University of New York Albany college students claiming to be victims of a racially motivated attack have been expelled along with a third being suspended for two years after it was determined the women had fabricated claims of race hate crimes against them.

The ousting of Ariel Aguido, Asha Burwell and Alexis Briggs, all 20, comes after all three had originally claimed they were assaulted by a group including a 19-year-old woman on a bus in January – only for prosecutors to later claim they had been the aggressors.

News of the ousting via University President Robert J. Jones came a day after the trio pleaded not guilty to charges of misdemeanor assault.

In his message, Jones pointed out that the incident had been used ‘as an opportunity to engage with the critical issues around race in our society.’

Added the Albany college president: ‘I encourage all of us to continue to remain united as we work together to nurture an inclusive and respectful campus community.’

Of note, the decision to oust the students came from a student disciplinary board, which is separate from the criminal justice system.

At the time of the alleged hate crime, the three students, all African American told of having been on a bus at about 1am January 30 when an argument with approximately 12 white classmates resulted in them being called racial slurs, then being beaten.

Burwell took to Twitter to recount the ordeal that same day, writing: ‘I just got jumped on a bus while people hit us and called us the ‘n’ word and NO ONE helped us.’

The ex student then tweeted that she was in disbelief after experiencing ‘what it’s like to be beaten because of the color of my skin.’

Yet it wasn’t until police reviewed up to 12 video surveillance cameras installed on the bus along with questioning up to 35 witnesses that a different reality began to shape.

Told police via WNYT: ‘The evidence indicates they were actually the aggressors in the physical altercation, and that they continued to assault the victim despite the efforts of several passengers to stop them.’

Inspector Paul Burlingame of the University Police Department, a witness who testified at the hearing, said the real victims of the assault stayed mum during the media storm because they feared for their safety.

The women’s initial report of the incident led to national outrage, a massive campus rally and even Democratic presidential nominee Hillary Clinton tweeting about it, hitting out against violence on a college campus.

Agudio’s attorney Mark Mishler previously said in a statement that the charges against his client were ‘unwarranted’, insisting that his client was ‘an exemplary young woman and an excellent student’ while asking people ‘not rush to judgement in this matter.’

Reiterated Frederick Brewington an attorney for Burwell: ‘The real crime now is that the university is serving as the charging party against its own students in the criminal courts.’

Responding to the criminal charges against thew women, community organizer, activist and university graduate student Rosa Clemente told WNYT that she thinks the criminal case is an overreach.

Told the woman: ‘I think it’s now becoming more of a political persecution.’

Noted a report via breitbart, Hoax claims like Burwell’s serve two purposes. First, they provide validation for the Black Lives Matter movement’s claims of America’s racism. Second, they provide a sort of instant celebrity for the accuser, as their claims are broadcast on social media and then by newspapers, television and websites. 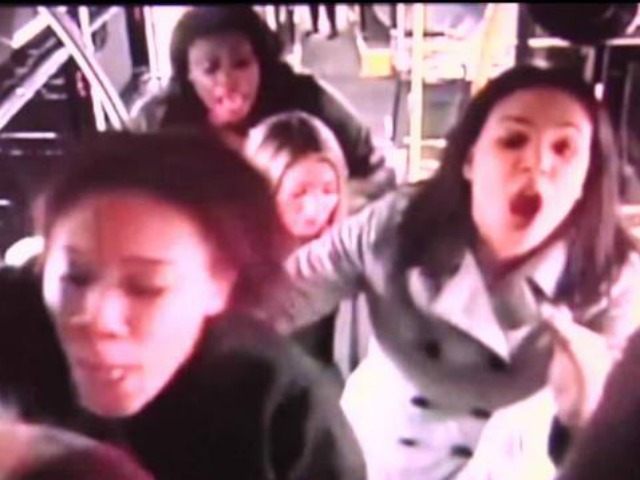 …another story you will have to really hunt for in the media.

They have to make up false race attack stories cause they can’t accept the fact that the whole institutional racism thing is all in their messed up militant gang heads. They are angry at America for being so awesome and not as racist as they keep wanting to say it is. so they create a bunch of hyped up lies to play their stupid and malicious little anti white game. Filing a false hate crime should be a very serious violation, criminal violation. Here’s what the truth is. Some very evil professors and others really are not very good people and don’t really like how great life or the beauty of America is, so they prey on young impressionable blacks and hype them up with lies and paranoia.

These girls and others who make false reports do real victims a grave injustice. I hope they recieve the full power of the law handed to them besides being kicked out of school.

it’s getting to be more common now that blacks invent a racist incident,

if I was black, I’d be embarrassed

If it was three white men who attacked a black guy, then made up a similar story after, we all know where this would be going….

Is white America really responsible for the fact that the crime and incarceration rates for African-Americans are seven times those of white America ?