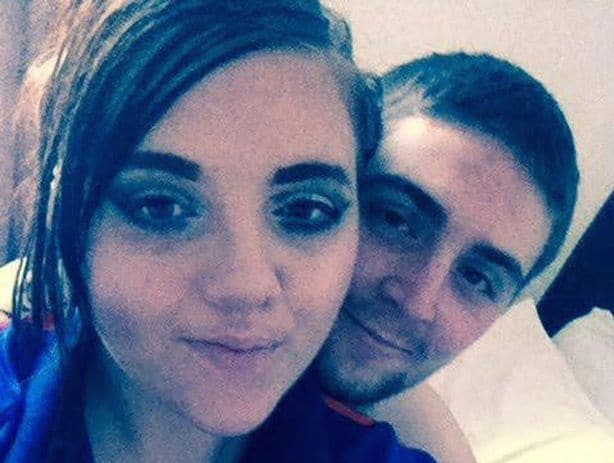 How Mai Alexander displaced reality for fantasy after becoming obsessed with a Manchester United football player. A study in mental disease and obsessive compulsive disorder.

Mai Alexander an obsessed Manchester United fan has called off her wedding after falling deeply in love with premier footballer Adnan Januzaj after coming to believe the man she’d never met was her real boyfriend.

So severe was Mai Alexander’s all consuming infatuation with the 21 year old Belgian soccer player that the 24 year old Wakefield, West Yorkshire woman concedes even trying to kill herself.

According to a report via the swns, Alexander, a local make up artist told how she first developed a crush on Januzai after watching the soccer player in his debut match for the home team.

At the time, the woman told how in her mind she began to map out a future life with the star midfielder, from planning their wedding, a house for them to live in and of course picking out the names of their soon to be children.

So all consuming was Mai Alexander’s infatuation with Adnan Januzaj, the make up artist told how she even went so far as to write the footballer a love letter, along with cutting herself in a ‘desperate bid’ to kill herself.

The Manchester United fan only came to survive her self inflicted wounds when her real life boyfriend, Stefan Hall, 23, a warehouse operator found her in time and called emergency services.

So prolific was Mai Alexander’s abject fascination and obsession with the object of her desire, the woman told of spending hours trawling through the £30,000 ($44 000 USD) a week midfielder’s social media pages, stalking his every move along with mailing him more than 200 handwritten letters.

To boot the love sick woman told of spending £2,000 ($2900 USD) on fake tan, false nails and glamorous outfits to look like his love interest Melissa McKenzie along with £2,500 ($3650 USD) more on Manchester United merchandise.

So convinced was Alexander that she was in a relationship with the Premier League footballer that she stopped hugging and kissing her long-term boyfriend because it felt like cheating.

Having sent Januzaj hundreds of online messages with no reply, the woman became suicidal when friends suggested she might never be with him.

In July 2015, Two years after first seeing Januzaj on TV, she saw a photo of him with his girlfriend and severely cut herself. She only survived that incident when her real life boyfriend came across her, whom despite all the turmoil has stayed by his girlfriend’s side, even when she cancelled their engagement.

So progressive was her infatuation, Mai Alexander was sectioned under the Mental Health Act, spending nine weeks in a secure unit where she received treatment for obsessive compulsive disorder.

Yet three years after watching Januzaj’s debut at Wembley in August 2013, she has decided to speak out about her former obsession.

Told Mai Alexander ‘I remember the first match I laid eyes on him – I really fancied him. I was with my dad and I said, “he’s cute”. He told me he was new and I had to find out more.

‘So I followed him on Instragram and Twitter and scrolled right to the beginning of his accounts. I would get really jealous if they said he was hot – it was heart-crushing.

‘I felt like he was my boyfriend and I hated that other girls found him attractive. I started Googling him to see where he was and what he was doing, and after about a week I was obsessed.

‘I changed the wallpaper on my phone to a photo of him and put posters of him all over my bedroom walls.

‘I had been with my boyfriend for about a month then and he would joke, “That should be my picture up there, not him”. But I just felt like I had fallen in love with him.’

In her account, Mai Alexander explains how she first started dating her boyfriend in July 2013, only to shortly become infatuated with the Belgian soccer player whom she saw a few weeks later during his debut.

At the time, the make up artist told of being unable to work due to depression and anxiety.

Weird Fantasy- Mai Alexander; a 24- year old Man U Fan has called of her wedding as a… https://t.co/4EZlF3a58m pic.twitter.com/emQcoQJgFF

So obsessed had Mai Alexander become, the make artist even told of often leaving for work in the mornings dressed up as if she were the soccer player’s new girlfriend at the time. The obsession continued with the woman writing the man love letters which he did not respond to, along with watching his matches over and over again.

It was when Mai and her new real life boyfriend moved to Manchester in February 2015, where the woman told of her obsession spiraling further out of control because she was in her team’s home city.

‘Getting in the bath, cooking dinner, cleaning the house – it all made me so depressed thinking about how life would be different if I was with him,’ she said.

‘Every time he was on the pitch I would watch it and when the match ended I would get really upset. It was like going through a really bad break up every day.

‘I was desperate to meet him. I wanted to do my make-up and my hair and give him my number and have some pictures. I just wanted to touch his shirt or his skin.

Eventually matters began to take a toll between her relationship with her real life boyfriend, with the boyfriend beginning to withdraw.

Told Mai: ‘I didn’t want to kiss or cuddle him because I felt like I was cheating on Adnan – I fell out of love with Stefan a lot. It just didn’t feel right any more,’

‘Obviously there was no chance of Adnan really wanting to be with me, but I clung onto the hope. I also pushed my friends and family away because they said I was obsessed and living in a fantasy world.

‘It really hurt me. It felt like they weren’t helping me to get to him, and that’s all I cared about.’

Her infatuation with Januzaj eventually led to her cutting herself severely in July 2015. She had been cutting for a long time to ‘get rid of the pain’, but seeing a picture of Januzaj and his date set her over the edge.

Told the heartbroken make up artist: ‘I was heartbroken when I realized he was seeing someone. I just wanted to die. I needed to die because I wasn’t good enough.

‘She was a supermodel – skinny, beautiful hair, gorgeous – but I’m not thin. I felt like he would never love me.

‘I wrote a letter before I tried to kill myself saying that I loved him and that I had to tried so hard to contact him but I couldn’t try any more. I didn’t leave a note for anyone else. It was just to Adnan.’

It wasn’t until after being committed for mental therapy that Mai began to realize that Stefan Hall was in fact her future.

Told the woman: ‘Eventually I realised that Stefan was my future and the only person I wanted to be with. Things are a lot better now. I still follow Adnan on Twitter and Instagram but I don’t search him to an abnormal extent or have the urge to go to matches.

‘When I see him on the screen I still feel like he is an ex and I still think he’s cute, but it’s not obsessive. Now my focus is on Stefan. It must have been really difficult for him but he got through it. He is incredible.’

Offers Stefan Hall: ‘I loved Mai as soon as I met her. She was so cute and funny. She hid her obsession from me at first, but I noticed something was wrong when Adnan’s name started creeping into conversations all the time.

‘I felt like she didn’t love me anymore, but I knew she was very, very ill. I stayed with her because I knew we could get her help. She’s come so far and done so well. We’re stronger than ever now.’

‘My obsession with Man United ace Adnan Januzaj made me try to kill myself’“Mai Alexander felt inlove with januzaj. pic.twitter.com/iXEYr51Myj