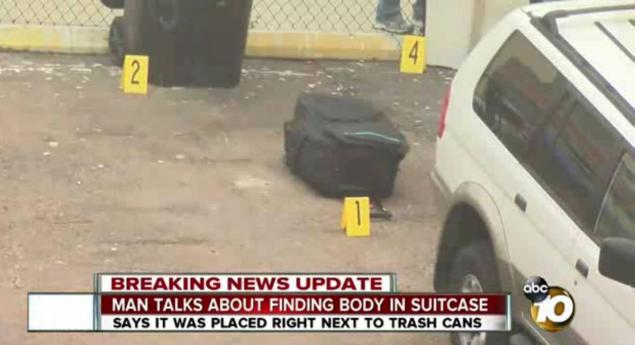 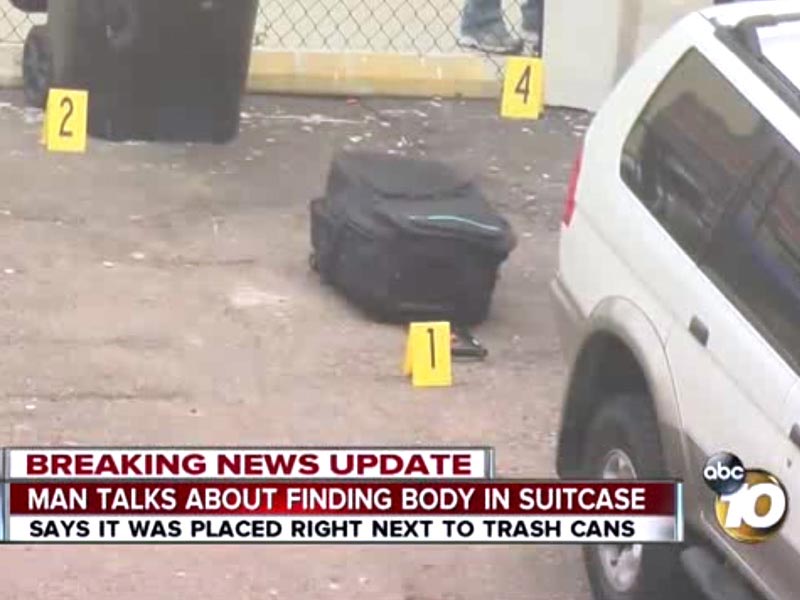 Authorities have identified a young woman who was found stuffed in a suitcase across the street from downtrodden hotel, the Chadwick in San Diegeo as being that of a 21 year old woman Thursday evening.

The discovery of the the ’small- stature female’ Wednesday morning, near the 1300 block of 7th Avenue and A Street downtown came as a local resident took to sorting out trash bins when he noted what appeared to be human hair clumps sticking out of a large black travel suitcase put out for collection.

Offered Lieutenant Manny Del Toro of the San Diego Police Department: ‘He was curious about what was in the suitcase and then when he discovered the body he backed out.’

At the time of discovery, the resident who only gave his name as Phil told NBC 7 ‘there are a lot of homeless people in his neighborhood’ and that he often saw them rummaging through trash cans in the area where he found the suitcase.

Told Phil: ‘I was trying to pick it up by the handle.

‘I was amazed by the weight so I dropped it and I kind of looked down and I saw hair, like black hair.’

‘That’s when I called the police.’

Told Lt. Ray Valentin via CBS8: ‘Inside the suitcase there is a body of an undetermined age of a young lady, or adult.

‘At this time Homicide’s investigating.

‘We don’t have much other information at this time.’

Adding: ‘This is a tragic scene right now, what we’ve got here, but we’re going to do everything in our power to find who conducted or did this to this person.’

A report via the nypost told how by Thursday morning authorities had yet to identify the name of the victim, but because of the size of the body, investigators were working on the assumption that the teen was a teen or a woman in her early 20’s.

Del Toro in a press conference told that there were no obvious wounds and an autopsy had been scheduled for later on Thursday to determine the cause of death.

Reiterated Del Toro: ‘It doesn’t appear she was stabbed or shot,’

‘At this point we can’t even conclude it was a murder. She could have overdosed and someone got scared and shoved her body in there.’

Nevertheless investigators canvassed the area on Thursday hoping to come across any witnesses, while now treating the case as a homicide while also seeking to match the remains to reports of missing girls and women.

‘It’s unusual in any location to find a dead girl in a suitcase but this is not a particularly violent area, relatively speaking,’ Del Toro said of the business district near downtown San Diego. 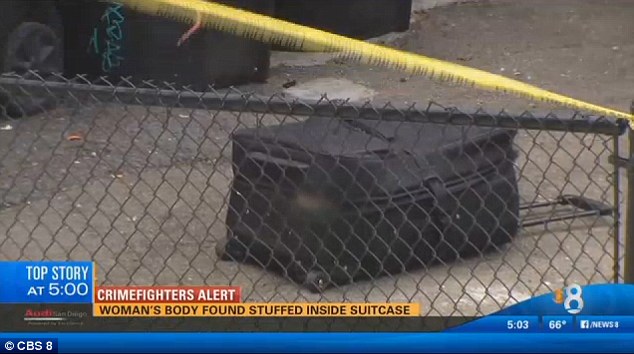 Local resident, Cynthia Deridder has since told she fears the victim may be her younger sister who she said was making her way downtown to see her and had been told was traveling with a black suitcase, but never made it.

From there the elder sister and her partner told that the younger sister had being going through mental challenges and had last spoken to her at 8pm.

Told the elder sister: ‘She was going through some things and that was the last time we spoke with her.’

Despite showing a picture of her younger sister to police, authorities as of yesterday hadn’t been able to determine if the victim was indeed Cynthia Deridder’s younger sister.

Whilst authorities did announce Thursday night of having identified the victim, they haven’t as of yet publicly identified the dead woman’s name pending notification of the victim’s family.

In the interim police concede not having identified a suspect and who or why the woman inside the large black suitcase came to be killed.

Of particular note, the hotel where’s the body was found behind the Chadwick hotel is known to be an inexpensive venue for drifters and low income people which lets out rooms on a monthly or weekly basis, whilst the surrounding downtown neighborhood is known to be rough and not for the faint of heart. 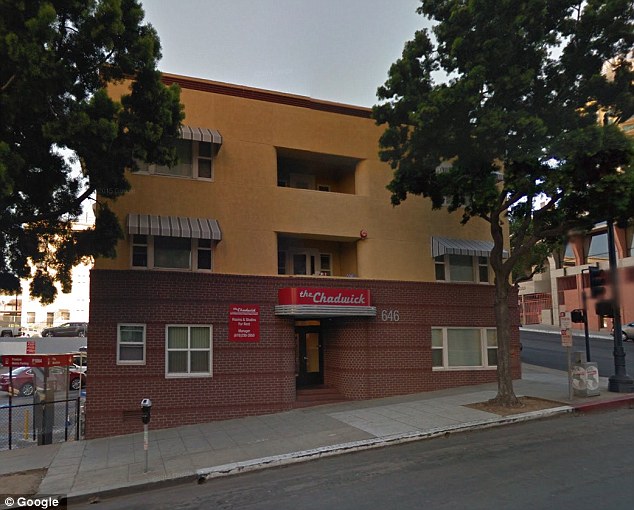 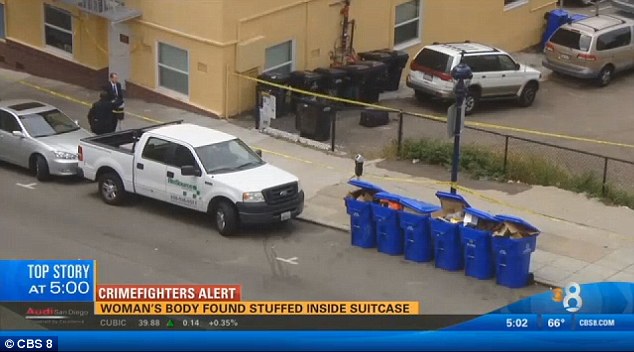 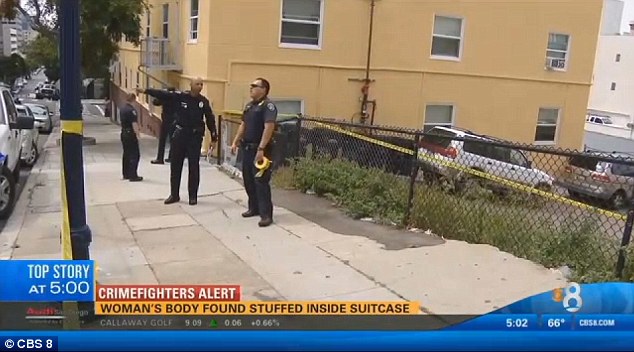