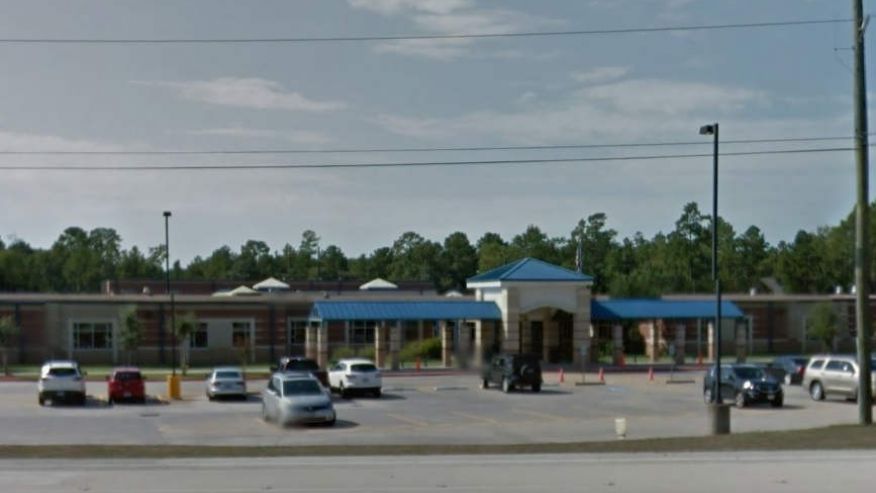 School officials at Bear Branch Elementary in Magnolia, Texas have enacted a new policy which has already led to some parents withdrawing their children from the school.

A report via KPRC-TV has told of the school’s principal, Holly Ray banning parents from walking their children to and from school and to boot threatening those parents who transgress with arrest.

The measure comes as a result of the public school’s initiative back in September which prohibited parents from walking their children home from school or walking inside the school to retrieve their children after parents had parked their cars.

The initiative led to some parents expressing their frustration as a result of the inconvenience of having to wait for almost an hour in their cars. At the time parents had been cordoned off and told to only pick up their children in the school’s winding pick up lane.

Added parent Jackie McConnell: ‘It’s a ridiculous situation for everyone.’

Why does Principal Holly Ray of Bear Branch Elementary School in Magnolia, TX think that SHE owns your kids? #RedNationRising

Told Wendy Jarman who decided to pull her children out of the private school: ‘She’s threatening to arrest people.’

Adding: ‘This has happened to many parents. They have been cited. They have been threatened, if they step one foot on school property, they will be arrested and charged with who knows what.’

Reiterated another former patron of the school, parent, Frank Young: ‘Mrs. Ray’s policy is implying that a parent doesn’t have the ability or capability to decide what is safest for their children and that the school district does.’

That said Holly Ray has stood her ground, refusing to allow parents within walking distance of the school to escort them home, and has gone so far as to get Montgomery County Constables aid in enforcing the policy.

The fracas has since led to the Magnolia Independent School District issuing a statement declaring that the new policy was meant to ensure a ‘safe dismissal process.’

But that’s not the way parents see it, with many taking exception with Holly Ray and the school district for declining to negotiate with hundreds of people who recently signed a petition to change the policy.

But many of the parents took issue with the fact that neither Ray nor the school district showed a willingness to negotiate with the hundreds of people who signed a petition to change the policy, calling it ‘bully tactics.’

She may have a point. Everyday at our local elementary its like the start of the Indy 500 after school. Literally hundreds of cars and trucks waiting to pick up their little angels and make haste to the local Sonic. Most all kiddies now days are much to good to ride a school bus as you know and have to be picked up and dropped off. Every day. Sad.

This is not a liberal conspiracy theory, it is in the name of safety for all parties involved. 639 is a lot of kids to get in and out of a building with moving traffic right outside the front door.

Free attendance at a public school is not a sentence to a government institution, and these parents should force the city of Magnolia to publicly admit it and condemn the acts of this school’s administration.