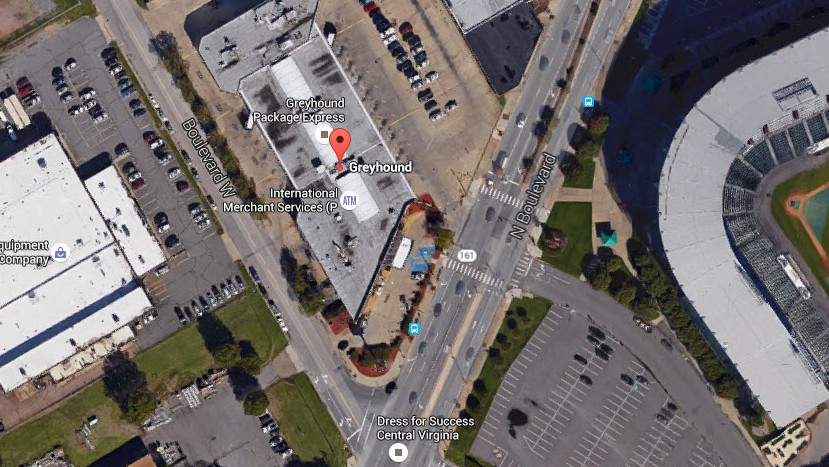 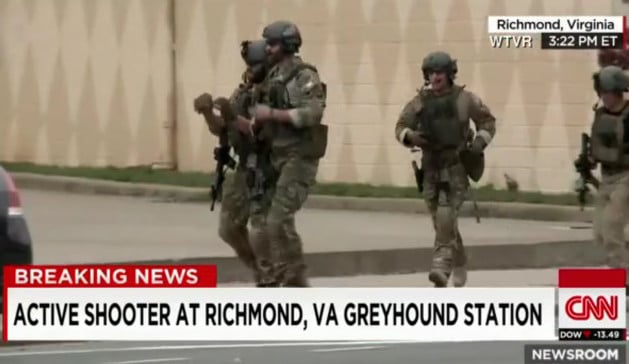 Richmond Greyhound station shooting: What led to one suspect gunman firing off at a state trooper? Mayhem ensues as troopers retaliate with gunfire, killing suspect.

A gunfight inside a Richmond Greyhound bus station has led to the death of a gunman suspect, a Virginia state trooper clinging for life and and two others shot.

The mayhem began just before 2.45pm Thursday when a group of troopers were inside the depot at 2910 N. Boulevard when the suspect walked up and shot one of the troopers. In turn, two troopers returned fire killing the suspect told state police spokesperson Corrine Geller.

Also shot were two innocent bystanders who are expected to survive. Initially it had been believed a total of six persons were shot but that number was revised down to four.

Told Geller in a press statement: ‘The first shot fired was “directly at the trooper,”

In the moments since the story broke, news accounts tell that the shot trooper had at the time been speaking with the suspect gunman when he pulled out a gun and shot at him eliciting two other troopers to return fire.

Despite being transported to hospital along with the shot trooper and the two other bystanders, the gunman suspect would die at the hospital.

Geller would not confirm why troopers were at the bus depot, though WWBT-TV reported that state police were conducting a drug training exercise at the station when the suspect walked up to the trooper, began speaking with him and then shot him in the chest.

What words the suspect gunman and the shot trooper exchanged has not to date necessarily been understood.

A man who stopped for a smoke break before going into the bus station, said he heard at least five to ten shots fired.

Since the shooting, authorities roped off the area on North Boulevard as they now investigate.  The FBI, ATF and officials from Homeland Security are on scene as well.

Told Gov. Terry McAuliffe: ‘I have spoken with the Mayor of Richmond and the Superintendent of the Virginia State Police and offered whatever state resources may be necessary to respond to this situation,’

‘Our public safety team and I will continue to monitor the situation and support State Police and local authorities in their response and investigation of this incident.’

The Greyhound station is closed until further notice, the bus company said.

Told the bus outlet in a company statement: ‘We will re-route customers as possible and we will re-issue tickets once we resume service if you are supposed to travel to or from Richmond today.’

The bus depot is across the street from The Diamond, a baseball stadium used by a minor league team and Virginia Commonwealth University.

The shooting scene is about three miles north of the university. 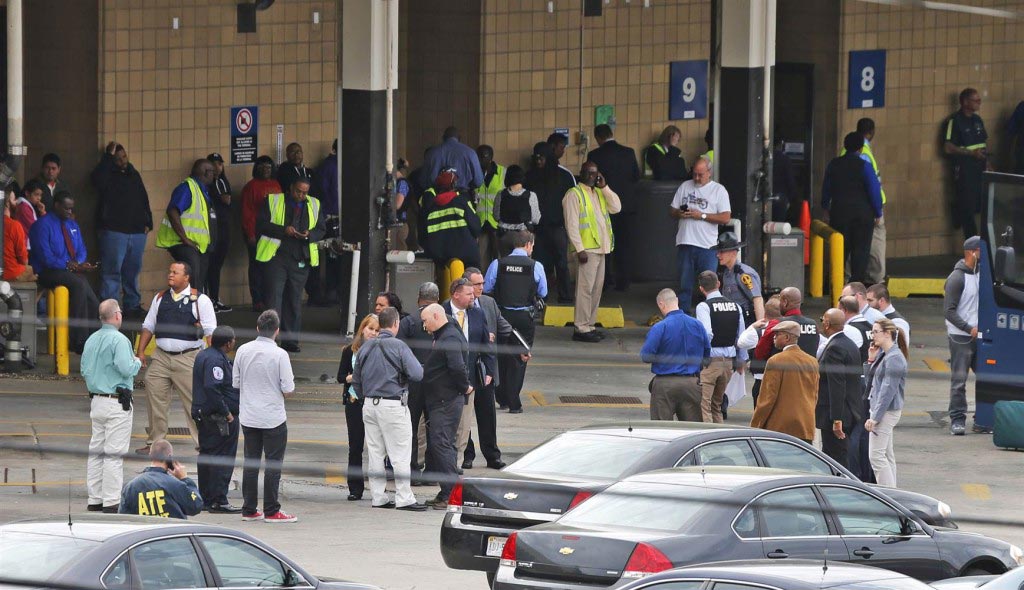 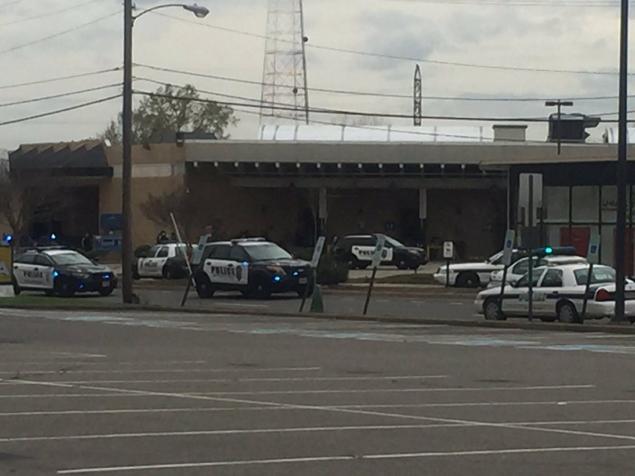