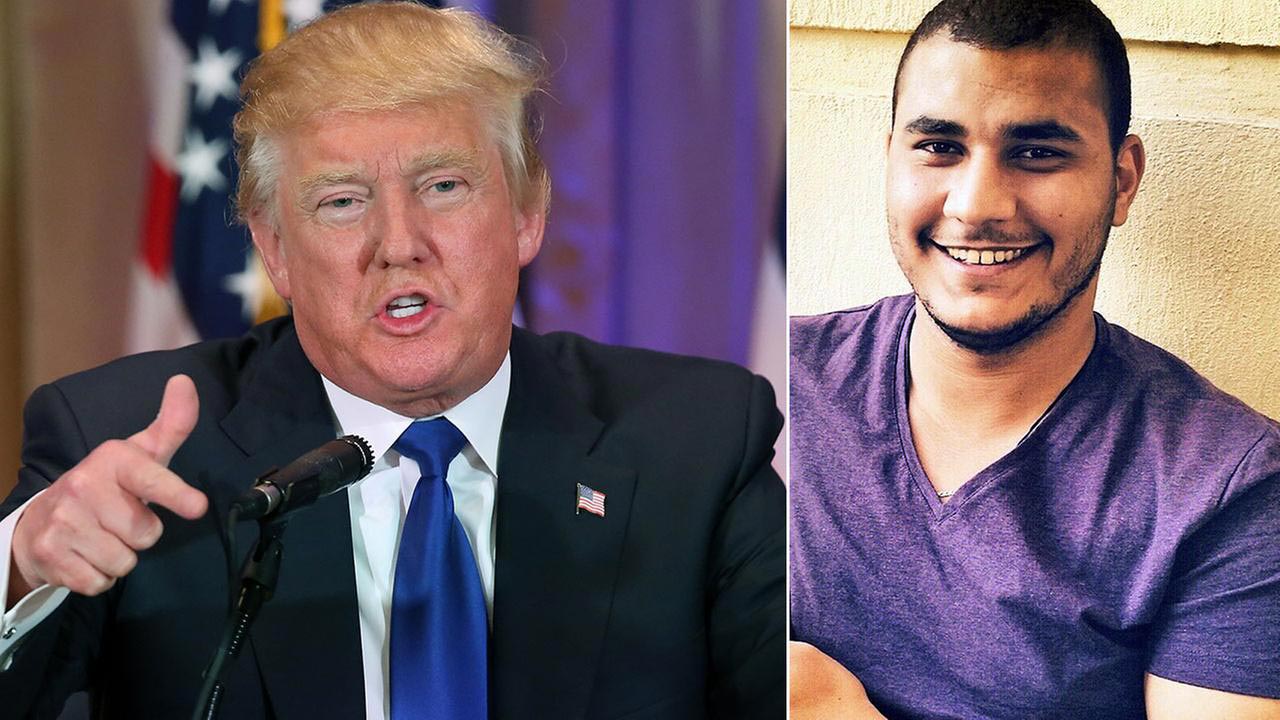 Emadeldin Elsayed: ‘Would calls for my deportation still be made if I was Christian as opposed to an Egyptian Muslim?’

Controversy has come to the fore after authorities have told considering deporting Emadeldin Elsayed, a student pilot from Egypt after the 23 year old went on a tirade on Facebook where he told he of having no regrets and would happily serve a life sentence if he could kill Republican presidential candidate Donald Trump.

Emadeldin Elsayed’s Facebook rant is alleged to have come after the outspoken real estate billionaire gave an impassioned speech last month where he reiterated his stance, that if elected he would call for a ban on Muslim immigrants entering the US.

At the time, Elsayed was attending the Universal Air Academy in El Monte so he could work for an airline back in Egypt when incensed he posted a picture of Donald Trump along with his impassioned post.

Despite authorities not charging the youth with a crime (can one really charge anyone for attempted murder simply because they go on a solitary social media tirade?) a report via AFP tells of US Immigration authorities seeking to expunge the student pilot, who has since been incarcerated in Orange, California on the grounds that he remains a threat.

To whom and how the student pilot remains a threat has yet to be necessarily explained by authorities.

A report via BBC tells of an imminent immigration court hearing which will seek to deport Emadeldin Elsayed.

Countered Elsayed’s attorney, Hani Bushra via AP: ‘It seems like the government was not able to get a criminal charge to stick on him, so they used the immigration process to have him leave the country,’

‘The rhetoric is particularly high in this election, and I just feel he got caught up in the middle.’

The lawyer told how his client immediately regretted posting his ‘emotional’ reaction to Trump’s position on Muslim immigration, maintaining that he never intended to harm anyone.

Whilst federal prosecutors declined to press charges against Elsayed, the man’s lawyer was advised that authorities sought to deport him after his visa was revoked after the flight school the Egyptian student had been enrolled in decided to bar him.

With his immigration visa in peril, authorities moved forward in arresting the hapless flying student.

Reiterated Emadeldin Elsayed: ‘It’s just a stupid post. You can find thousands of these every hour on Facebook and the media,’

‘I don’t know why they would think I am a threat to the national security of the United States just because of a stupid post.’

Responding to their decision to seek the deportation of the Egyptian flying student, Immigration and Customs Enforcement said in a statement that Elsayed was arrested because he violated ‘the terms of his admission to the United States’.

Of note, the state department, secret service and representatives for Donald Trump have declined to respond to media overtures for comment.

And whether furthermore Muslims have in fact become unfair targets of savvy politicians seeking to deflect and confuse a nation’s legitimate concerns with safety and security to that of inertia, rhetoric and bombastic statements. The same thing that Emadeldin Elsayed ironically is accused of being guilty of.

Never mind the flood of comments online denigrating and comparing the student to 9/11 pilot Muslim pilot, Mohammed Atta, for nothing more than sharing the same faith.