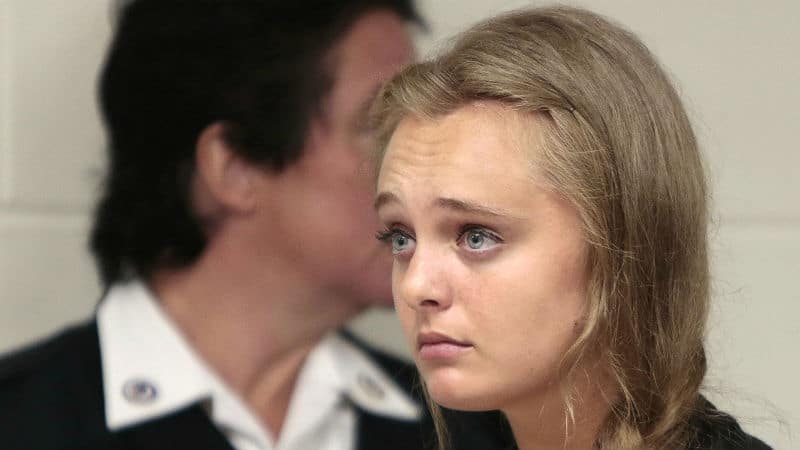 Michelle Carter manslaughter trial: Did one teen conspire to force her boyfriend’s death?

A now 18 year old Massachusetts teen girl, Michelle Carter is on trial for involuntary manslaughter after having sent texts to her then 18 year old boyfriend, Conrad Roy to commit suicide. A suicide which the teen would soon go through with.

Of question is if Michelle Carter is culpable for her then boyfriend’s death, despite the fact that she didn’t kill Roy with her own hands? This despite the teen later being found dead by carbon monoxide poisoning at a Kmart parking lot in 2014.

According to prosecutors, Michelle Carter should have known better than to inundate her heavily depressed boyfriend with literally hundreds of messages encouraging the suicidal man to take his own life.

Complicating the case is the fact that both teens who had maintained their relationship whilst living apart through text messaging is the contention that both were in fact mentally ill, not just the boyfriend who in the end took his own life.

When Roy was 17, he was hospitalized after overdosing on acetaminophen. Carter reportedly made mention that she spent some time in a local psych ward and that she experienced suicidal ideation herself. Still, that doesn’t change the fact that Carter spent Roy texts explicitly encouraging him to end his life when he expressed a desire to do so.

At 4:19 that morning, Carter messaged him. “You can’t think about it. You just have to do it. You said you were gonna do it. Like I don’t get why you aren’t.”

Carter: “So I guess you aren’t going to do it then. All that for nothing. I’m just confused. Like you were so ready and determined.”

Roy: “I am gonna eventually. I really don’t know what I’m waiting for but I have everything lined up.”

Carter: “No you’re not, Conrad. Last night was it. You kept pushing it off and you say you’ll do it, but you never do. It’s always gonna be that way if you don’t take action. You’re just making it harder on yourself by pushing it off. You just have to do it.”

Later in the afternoon, he wrote her again.

“Good because it’s time, babe,” she wrote back. “You know that. When you get back from the beach you’ve gotta go do it. You’re ready. You’re determined. It’s the best time to do it.”

When Roy expressed misgivings about what his suicide would do to his family, Carter encouraged him further, assuring the conflicted teen that his family knew that he loved them. With that, Roy told his mom he was going out to hang out with a friend, drove off to the parking lot, and then spoke to Carter on the phone while his truck filled up with carbon-monoxide fumes.

Of note and perhaps too late, Roy tried to stop his own impending suicide, evidenced by the text his girlfriend sent a friend that read ‘I fucken told him to get back in.’

Despite Michelle Carter imploring Roy to delete their text message trail (implying that she too must have been aware that the texts may have been tantamount to her concerting with the troubled teen to take his own life, even from the sidelines, despite her not being in the same room or literal space at the time of death), authorities soon came across voluminous texts implicating Carter.

In a bid to cover her bases, Carter then set about texting Roy’s phone over 70 times after he died along with texting his mom. In an even more bizarre twist, Carter publicly supported an anti-suicide prevention charity after Roy’s death and,  according to Daily Mail, organized a fundraising softball tournament in Roy’s honor and raising $2,300 from the event.

Whether Michelle Carter will be found guilty remains to be seen, with a thoughtful write up via deathandtaxesmagazine citing many legal scholars who they think Michelle Carter will get off given that she didn’t actually hand Roy a gun or other means with which to kill himself.

Argues Joseph P. Cataldo, Carter’s defense attorney: ‘With the fullness of time and the release of all the text messages, you will see that Michelle Carter tried to persuade Mr. Roy not to take his own life,’

‘However, Mr. Roy had thought out thoroughly and planned to take his own life for a long period of time.’ 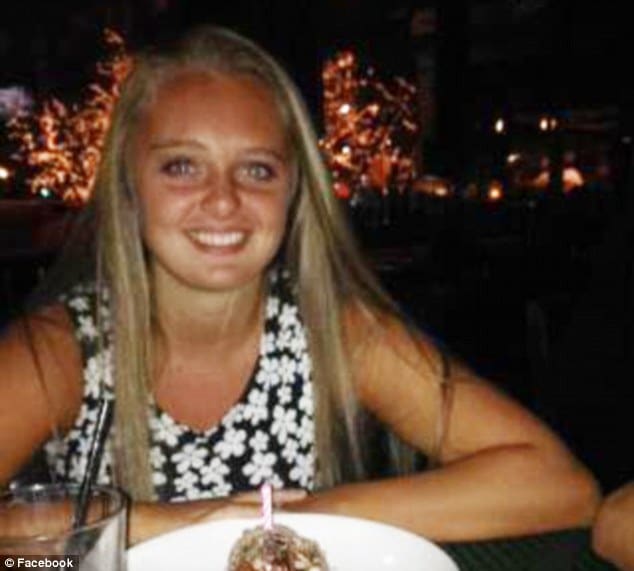 In time the courts will decide either Michelle Carter was an unwitting/willing accomplice to her then boyfriend’s death or just as troubled as the teen who perhaps ought to be spared complicity?

Or perhaps as some have wondered, all Conrad Roy ever wanted was a friend to help him bring him back from the brink and instead was persuaded back to the abyss in the form and shape and mind of Michelle Carter who should have known better. Raising the question to what degree can one individual ever be responsible for the actions of another, irrespective of the advice or encouragement we give or don’t give them?

I doubt she will ever experience regret or remorse. She will probably be sorry of the consequences brought to herself and of the inconveniences she’ll be experiencing, but secretly relishing the fact that she made someone kill himself. She definitely sounds like a textbook psychopath.

I think she wanted to kill herself but couldn’t do it so she got him to go through with it. To some, online relationship is not real, it is role-playing.

In short, it’s wrong but not illegal. The level of human decency in our society is so low and many of the instances where common sense and compassion should have lead a person to the decent conclusion but we are in times of aholes. It’s crazy how so many aholes are raising aholes.

Here, she ACTIVELY entered into a conspiracy, encouraging the actions that resulted in another’s death. That result was entirely foreseeable. This isn’t even close. Guilty. Next story, please.

Yes; she had a moral obligation to try and talk this boy out of taking his life,  reach out to an adult who could help, call the police or do something pro-active…but she chose to do worse than  nothing.  She encouraged him to take his life….even when he was backing out of the plan.

When one person bullies another into suicide using social media and other means, people in general agree they should be culpable. This woman’s actions would seem to be pretty the same, the only issue is whether she has an insanity defense. From an intent perspective, she clearly intended her boyfriend to harm himself, whether or not she ultimately felt he would be “better off” or something is not relevant.

Roy was on a road of self destruction with or without Carter. Granted what she texted wasn’t nice, but she shouldn’t be charged with anything.