Who bears real culpability for the death of Leila Aquino’s daughter, Kalenah Muldrow? Beyond the finger pointing of a frazzled young mother reckoning with a broken system.

The tabloids have had a field day with 20 year old Brooklyn woman, Leila Aquino who as a minority has found herself vilified for failing to be rich enough to have afforded proper child care services whilst at the same time demonized because she chose the only work she probably knew how to make ends meet.

The story of Leila Aquino took a tragic turn earlier this year when on February 22 her two year old daughter, Kalenah Muldrow came to die after being caught in a house fire at Aquino’s Bedford-Stuyvesant, Brooklyn home in the early morning hours after being left home alone by her ‘neglectful’ mother.

At the time the media vilified the mother, pointing out the type of ‘too snazzy’ dress she was wearing as some idiot journalist at the nydailynews did this afternoon, while turning up to a court hearing to how the mother could even dare leave her toddler daughter unattended whilst she went out hustling for dollars. 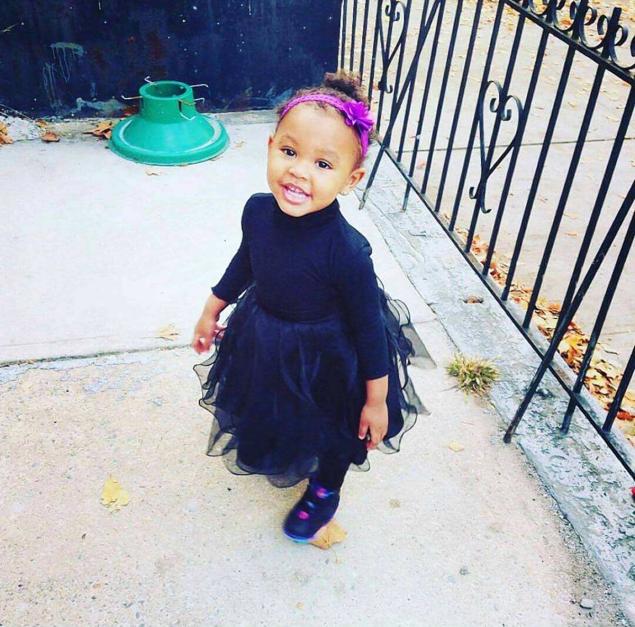 What the mainstream media have neglected to tell us is that women like Leila Aquino are so often bereft the options that richer, white women are bestowed upon.

Granted one could argue that Leila should never have given birth had she being affluent enough to have afforded a child in the first place, but that too is a superficial argument which hides the reality that single mothers are burdened with damned if I do or damned if I don’t choices.

Had the mother chosen not to go to work, as she had been accused of often leaving her child unattended late in the evening when she put the child to sleep while dancing for dollars, one could argue why the mother failed to take care of her children.

Let’s be honest, taking care of one’s children, let alone oneself with no highly employable skill set is virtually impossible on $8 an hour. 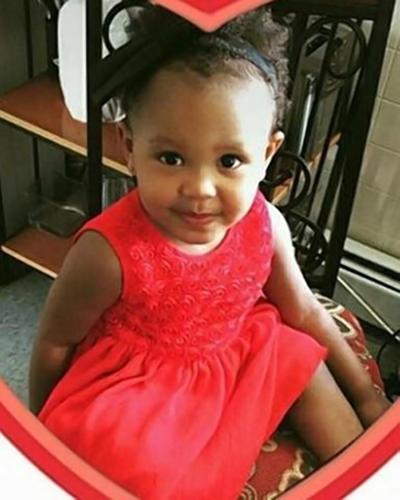 Who knew what support if any the child’s father was offering and the burden of again having to tend to the harsh reality, ‘I’m 20 years old, bereft of a particularly marketable skill set, besides my looks and body and I don’t have anyone who I can ask to take care of my child.’

Then there were reports that the woman’s 89 year old great grandfather, Joe Muldrow lived in another part of the building (could she really have turned to him and how often had she done so in the past?) while there also assertions that Leila Aquino owed a baby sitter money, whom she was trying to avoid.

Wait you say, what if the mother had chosen to leave her child with government services, but those services are already inundated, and only offered for certain hours during the workday. That still left Leila Aquino, the ‘heartless stripper’ between a rock and a hard place.

Offered Shellon Archibald, the paternal grandmother of the child condemned the act of the uncaring mom. She said, ‘You don’t leave a 2-year-old alone in the house.’ She further added that Aquino ‘deserves what she gets.’ She also said that Aquino chose that ‘fast money’ kind of life.

Would Leila have deserved what she got if she was instead working as a school teacher or say a lawyer? Why does her choice of vocation matter when it comes to how one mother lost her child? Is that to imply strippers ‘deserve’ all that comes to them?

The son of Shellon allowed Aquino to live ‘rent free’ in the apartment. The 49-year-old grandmother further said: ‘She had a diploma. She could’ve gotten a regular nine-to-five job.’

Could she have really? Enough to take care of her daughter and enough to save up a deposit to get back on her two feet and how long was she allowed to stay rent free? 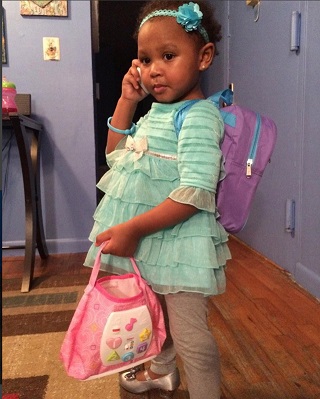 Explained the nypost today: Sporting freshly-lacquered nails and a new hair style, Leila Aquino shifted back and forth nervously in her flats and two-piece gray skirt suit as her social worker and Legal Aid attorney huddled with the judge.

Out on $10,000 bond, Aquino — now wearing a bob and bangs — faces up to a year in jail on charges of endangering the welfare of a child welfare for the death of little Kaleenah Muldrow.

The journal has done a careful job of demonizing Leila Aquino while failing to acknowledge the reality of women like her who do not belong in the same economic class bracket as most mainstream tabloid writers who can generally afford or have access to extended amenities while vilifying those in society who unfortunately do not have those choices.

And why don’t they have those choices? Why should a young mother have to consider pole dancing to make her ends meet? Why shouldn’t she be able to find respectable employment at livable wages and why was she deprived the opportunity of being able to offer care to her child? Where was this child’s father, her family or other community services she could have used to alleviate her lot?

Which is to ask why and how did the community come to offer so little in assistance to women like Leila Aquino and why are such discussions scuttled aside? 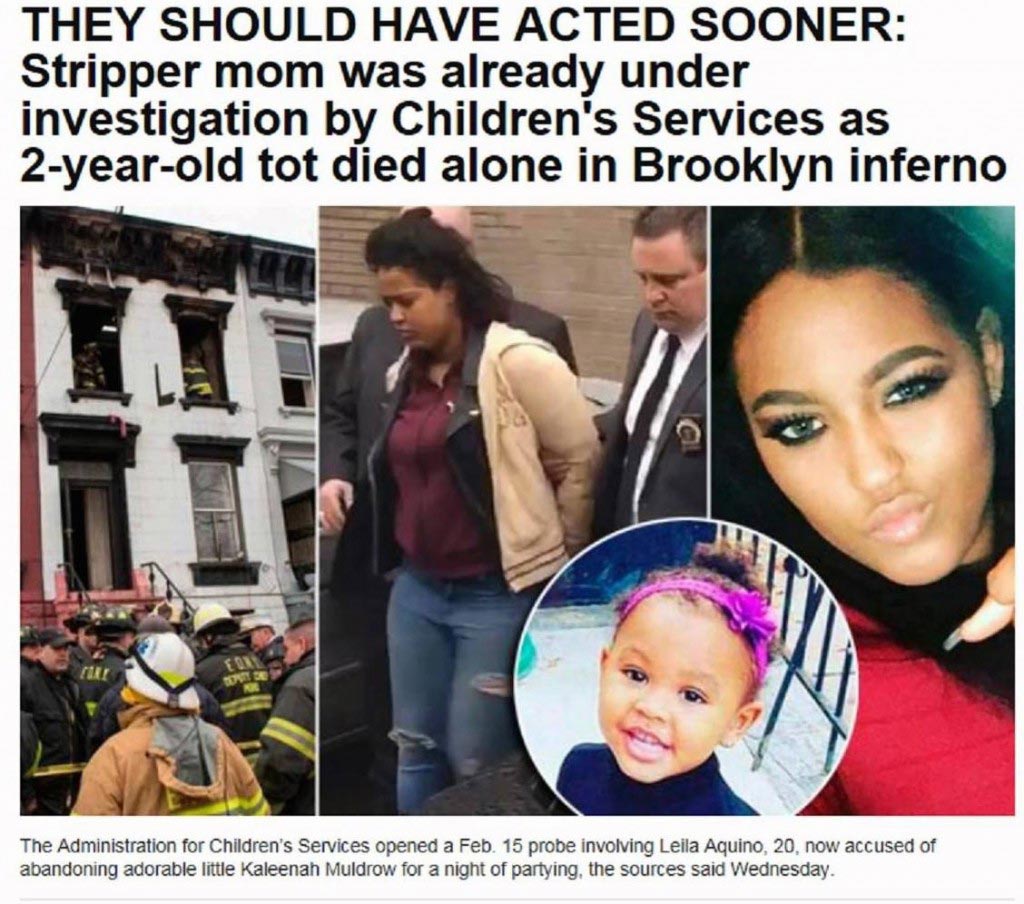 Then there’s the question of how the child died as a result of the apartment catching fire after Aquino left a space heater on to keep her child warm in the frigid winter. What was she to do? Not provide any heat? Where was the heat that the building should have been providing?

Why isn’t the nypost or the nydailynews asking those questions? What tete a tete functions are those ‘investigative reporters’ currently attending, never mind the demonizing of Leila Aquino, who we could argue are hardly doing their purported job of asking how this unfortunate story came to be. Unless of course that’s not the real job of the media anymore or only when it counts for certain sectors of society …?

Then there are the allegations of a prior history.

Notes a report via the socialistworker: VAGUE REFERENCES in the media to an arrest record have been used to smear Aquino as a “convicted felon” and to suggest she’s an unfit parent, but her attorney revealed she has a single conviction for the minor misdemeanor of “disorderly conduct,” for which she previously served two days of community service.

Does that qualify anyone as a convicted felon? Or is that the editorial desperation of the tabloids desperate to vilify yet another ‘reckless individual’ who we should pity, condemn and stay far away from and of course find new clever ways of cutting off future sources of assistance? Or is the discussion of class consciousness and social inequity which unfortunately facilities such tragedies off the table? 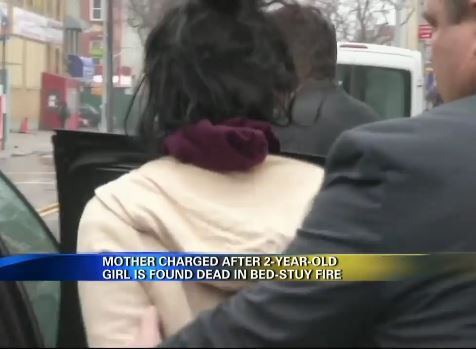 Explains the socialist worker: Reports in the media also suggested that there were open child welfare investigations at the time of the fire, implying that an uncaring and inefficient bureaucracy had failed to document Aquino’s unfitness as a parent before it was too late.

In reality, anonymous calls to a child abuse hotline were investigated and deemed unfounded.

Notes the nypost: The Administration for Children’s Services investigated three complaints accusing Leila Aquino, 20, of neglecting 2-year-old Kalenah Muldrow in the past year, but all were unfounded, a spokesman said.

Nevertheless that hasn’t stopped the hot press from going after the mother and making a crusade of vilifying those members of society who do not come from the correct pecking social order and condemning them when tragedies happen instead of asking brave questions as to what is allowing such tragedies to manifest in certain parts of society?

Despite being able to post $10 000 bond (through the support of a fund drive) Aquino now faces the prospect of a year in jail for her daughter’s death after having been charged with endangering the welfare of her child. A charge that might be more appropriately levied at greater society that towards a 20 year old woman stuck between a rock and a hard place, new bob and fingernail job aside …. 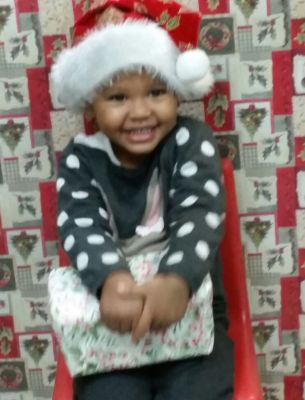